Calm between the chaos -- a week on Washington's Olympic Peninsula

Immediately after Jason finished the craziness of his finals week of tests, projects & working, we headed west to Washington's Olympic Peninsula for a week of celebration and recuperation. Not only were we celebrating his completion of school, but also our 10 year anniversary - hurray! Jason's parents had generously gifted us with a week-long stay at one of their time share locations which made the whole thing even a possibility for us. Amazing!

For those of you who aren't familiar with the Northwest or haven't already visited the Olympic Peninsula ... here's a map that gives a little perspective on how HUGE it is! I have to say, it is such a cool place that we would have love, love, loved to explore more. From awesome beaches, to beautiful snow-capped mountains and rain forests - it has an incredibly diverse landscape which we enjoyed very much.

View from our Condo and the small beach a short walk down the hill. Very happy to be this close to salt water!! 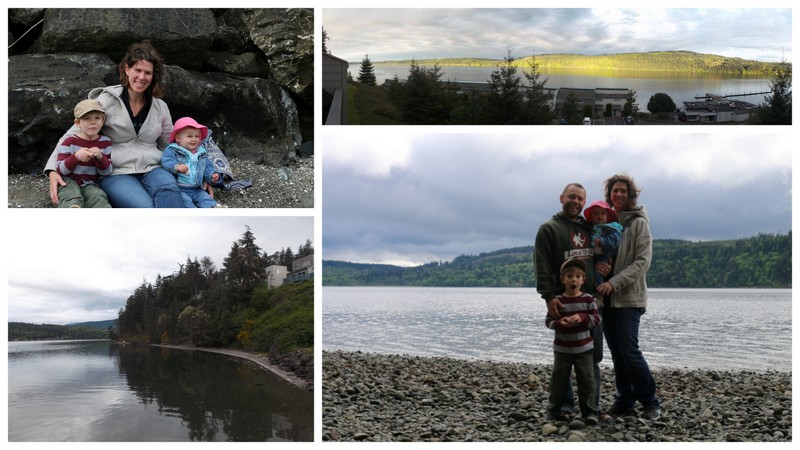 The kids had a great time uncovering crabs underneath all the rocks at the beach. 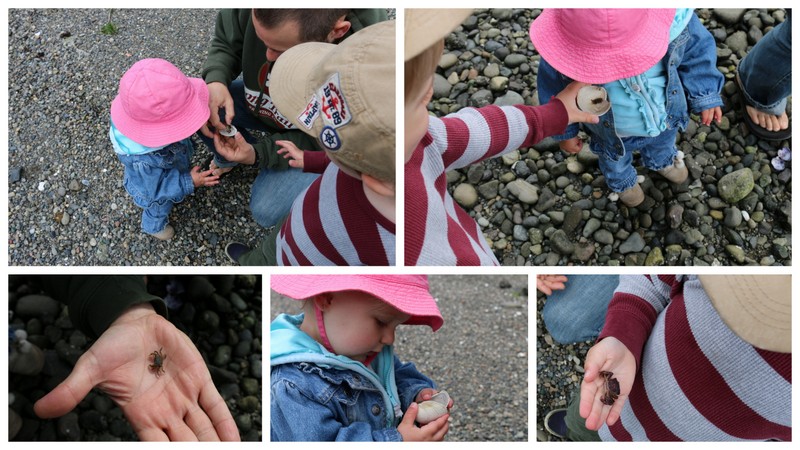 Mother's Day was the day after we arrived ... I still think it's pretty crazy that I'm a Mom! 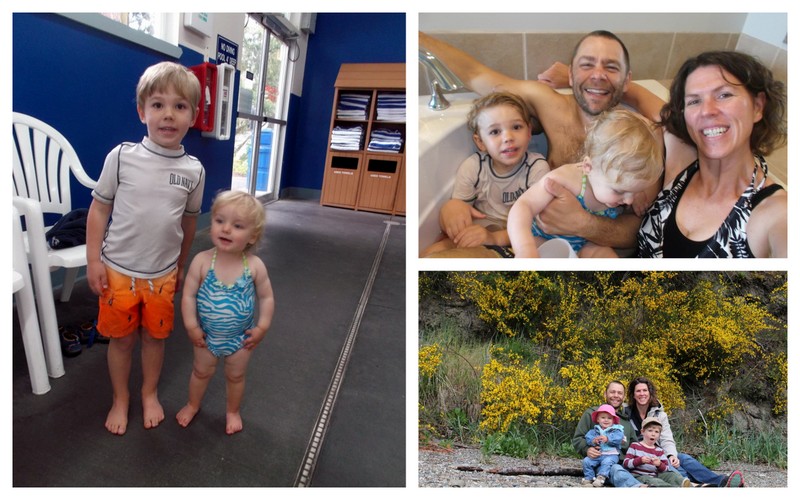 After the first few rainy/drizzly days, we decided to enjoy a break in the weather and venture out, heading to Sequim & Dungeness for a little exploring (and I'll admit, a bakery run!). These pictures are all from the Dungeness Spit ... which we had completely to ourselves. It looks almost looks tropical ... if we weren't so bundled up :) 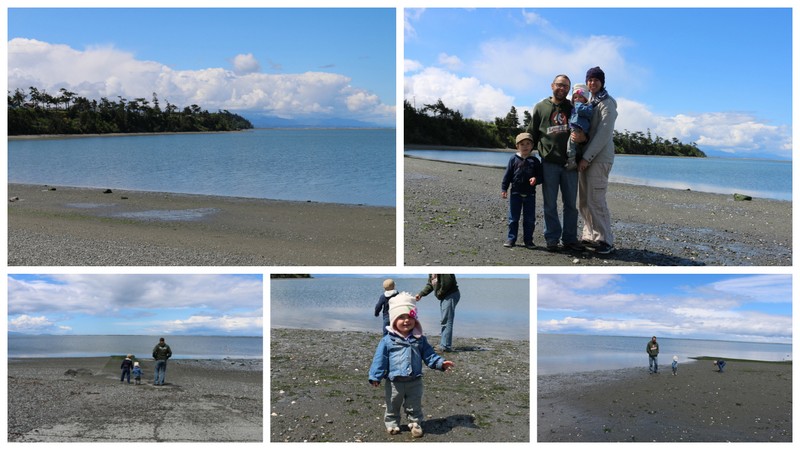 We spent one awesome day exploring Olympic National Park -- would have needed at least a week to really see it, but thankful for what we did get to see. 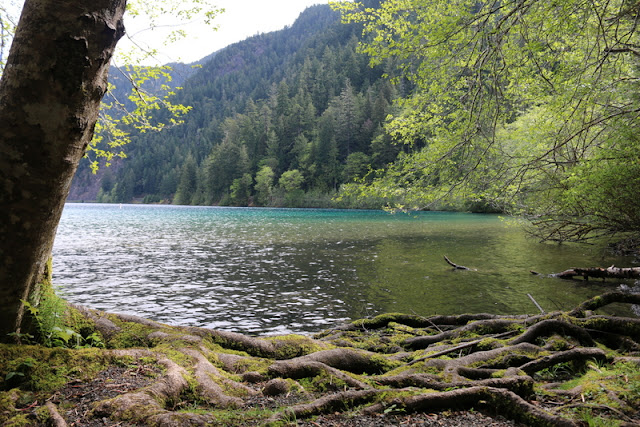 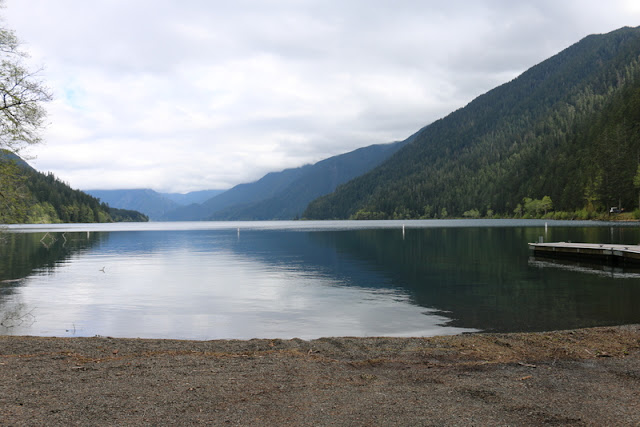 With these crazy trees -- 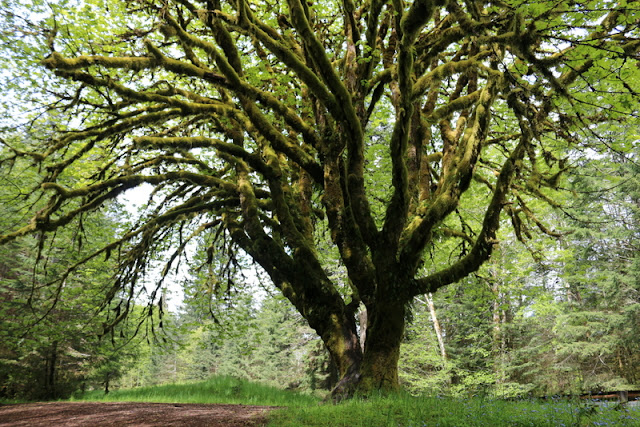 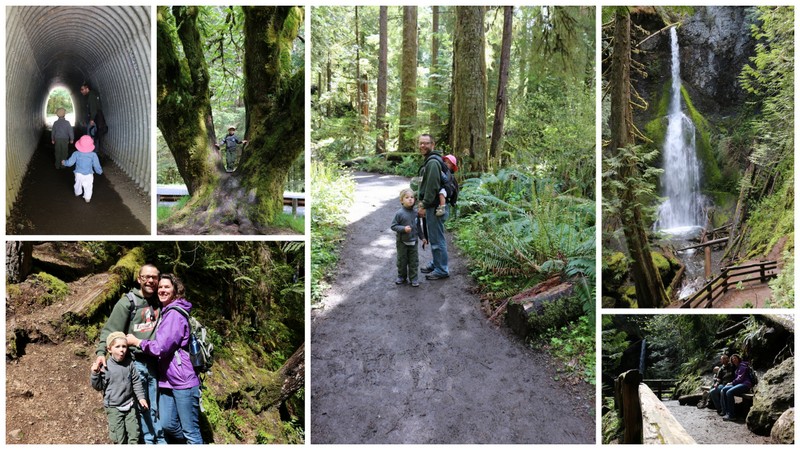 We ended our day at the coast along the Puget Sound near Salt Creek. Gorgeous beach with super soft sand and tide pools with some of the most vibrant anemones I'd ever seen. 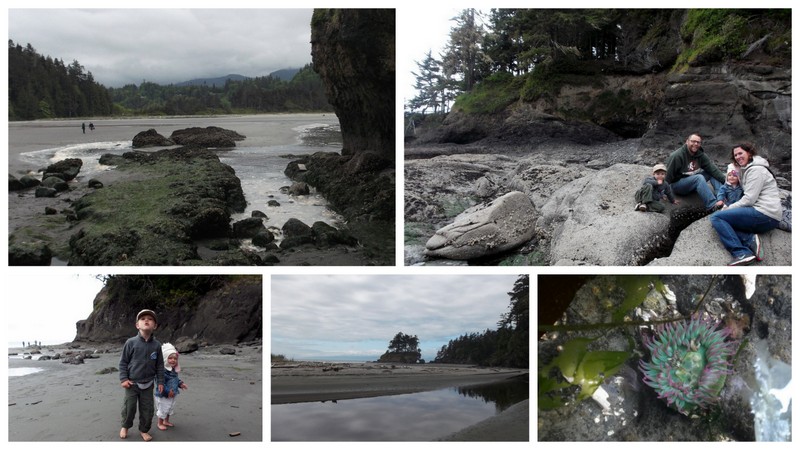 With the weather continuing to improve we spent the next day exploring Fort Warden State Park in Port Townsend which was a very cool military base turned campground/conference center. 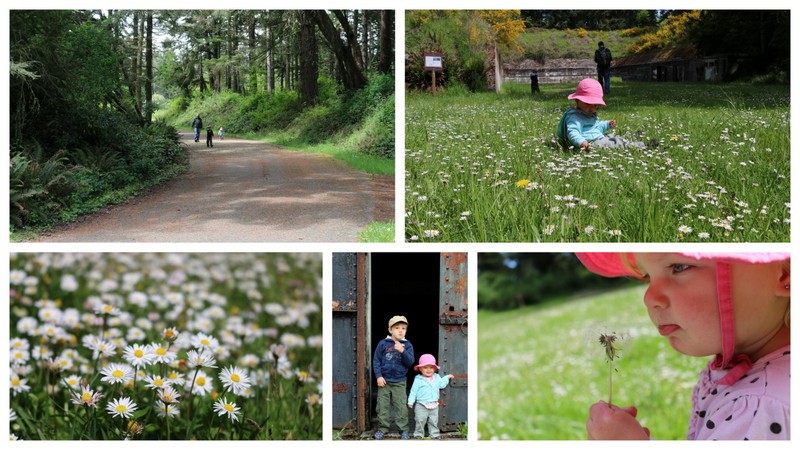 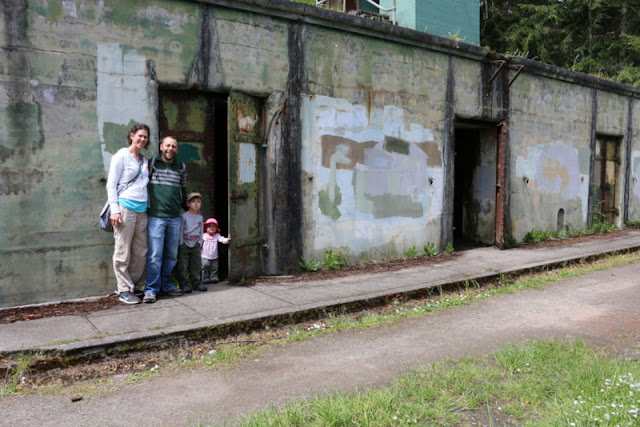 The other thing that made Fort Warden awesome was (of course!) the unexpectedly amazing beach -- a long peninsula of really nice soft sand. Woohoo! 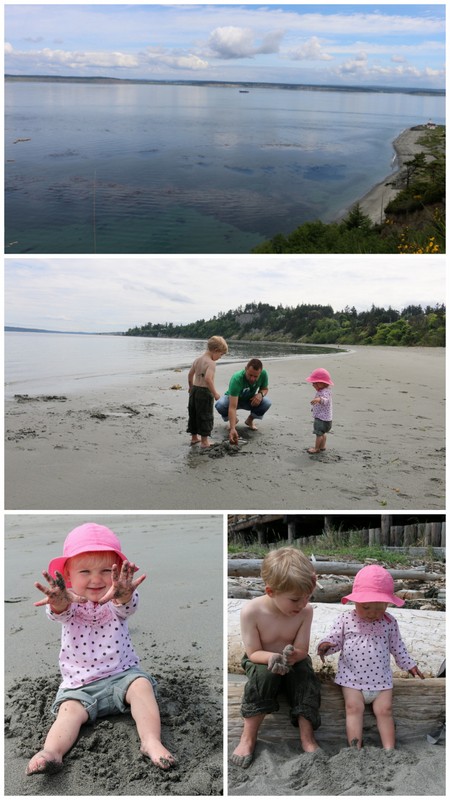 Our Anniversary Day -- hurray for 10 years! SO thankful to be married to this incredible man!! 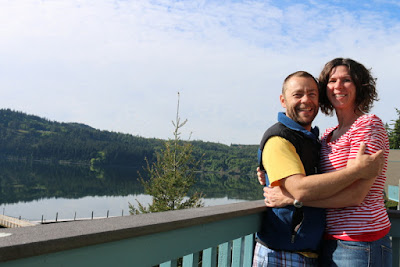 Toward the end of the week we headed to the Olympic Game Farm in Sequim. Jason had great memories of this place from when he was a child ... but I wasn't entirely convinced it was going to be fun. I'd heard of wild animal parks where you pay a bunch of money to spend hours driving around and may or may not get to see anything. And I just couldn't envision what he was talking about exactly. Well, I was totally wrong. This it was entirely worth it and FUN!

The Olympic Mountains on our way there were having a gorgeous day! 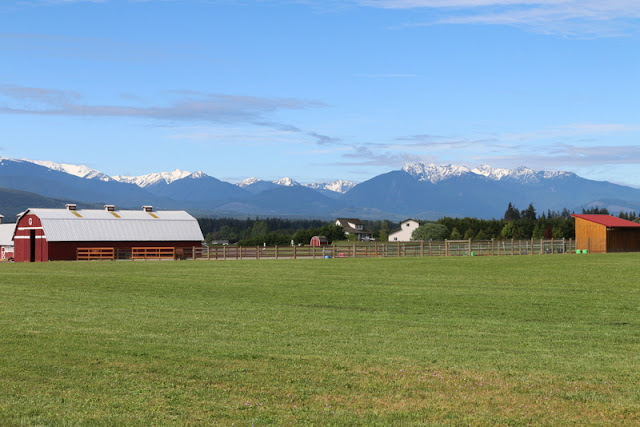 At the park -- they actually sell whole wheat bread loaves at the gate for you to feed to the animals from your car! 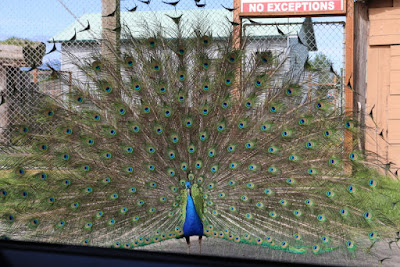 The park started with a deer, yaks and other animals to feed from the car :) The Kodiak bears had their own enclosure, but have been trained to wave as people drive by throwing bread to them. 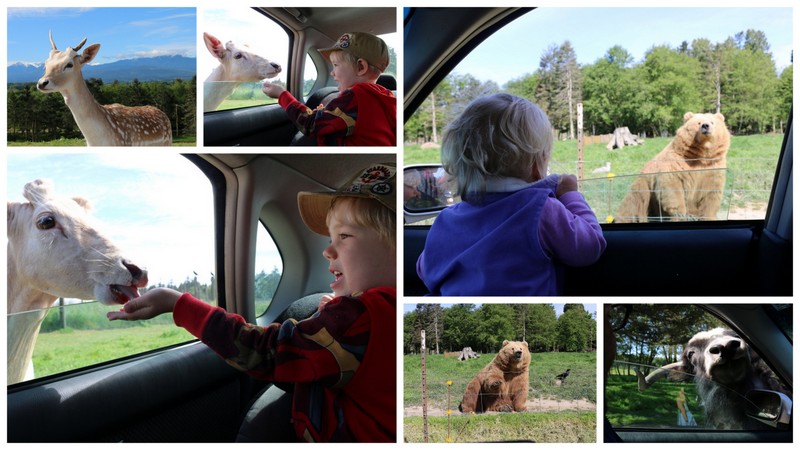 There was also a predator display where the animals were under tighter security and then it was on to the bison and elk area which was quite thrilling, especially since we were in our subaru and the bison seemed SO SO much larger! 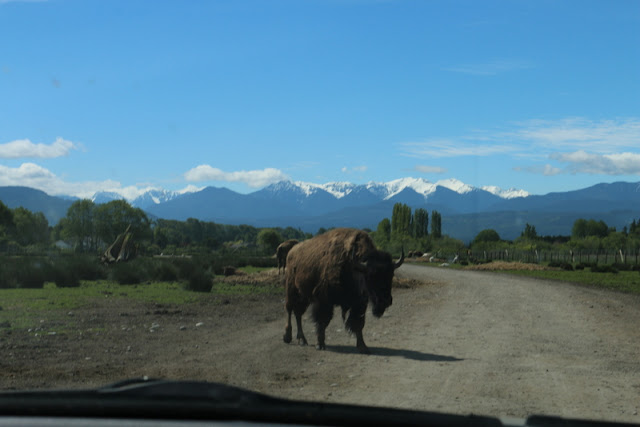 While the rest of us rolled UP our windows, Jason drove, fed bison and generally entertained/terrified us all :) 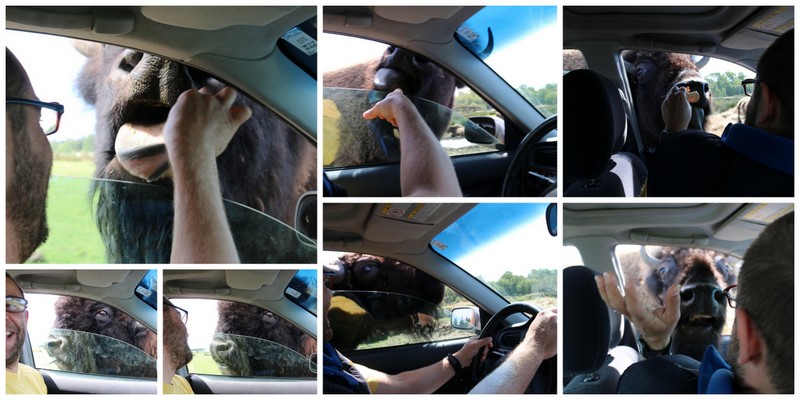 One final trip to the Fort Warden beach -- 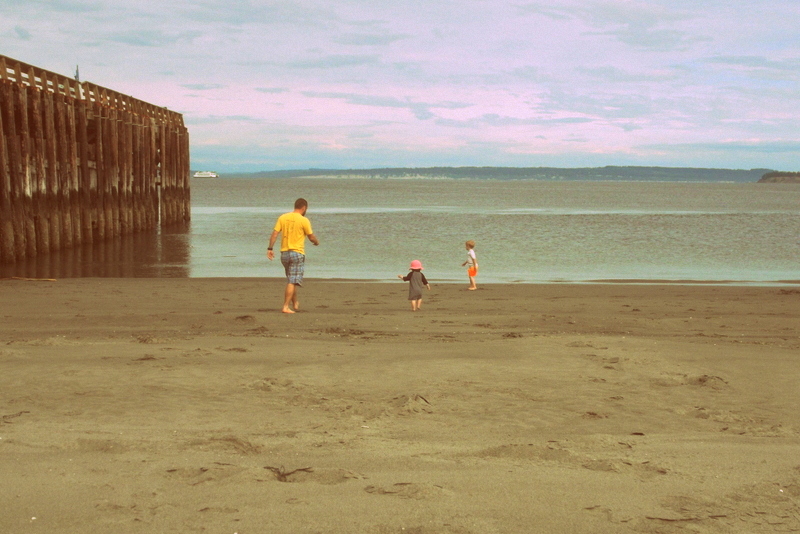