Wednesday morning just as Jason had poured boiling water into our french press and I'd started cooking some eggs on the stove, we hear a truck out on the road and then some yelling from the end of the driveway, we scramble to get ourselves presentable as we continue to hear someone yelling our names. Outside we find Titus and Sigal halfway down our driveway yelling for us to "come on, the plane is coming NOW!" We race back inside to turn off things and put food out of the reach of geckos and rats and then run down excitedly down our driveway to the waiting truck of Palauan friends. I hop in the front with Calista while the 4 guys ride in the back and we speed (as much as the road allows) to the air strip.

Luckily, we did have some idea what was happening ... every year since the end of WWII, the Airforce or Navy does a Christmas "drop day" from a cargo plane to the 4 or 5 outer islands of Palau.

At the air strip, everyone who lives on Angaur is eager to catch the first glimpse of the cargo plane - complete with a Santa in the window. It arrives and buzzes the air strip, then turns and makes a second pass, opening the back of the plane and dropping a large box which completely misses the drop target in the middle of the strip and instead parachutes into the nearby jungle causing grown men to go chasing after it.

Everyone is all smiles - what a unique tradition! 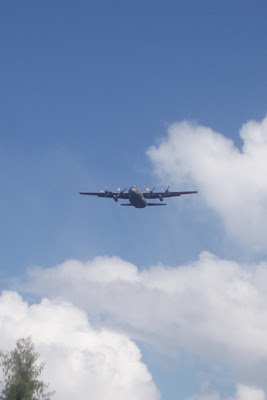 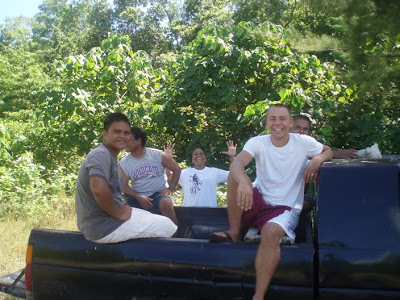 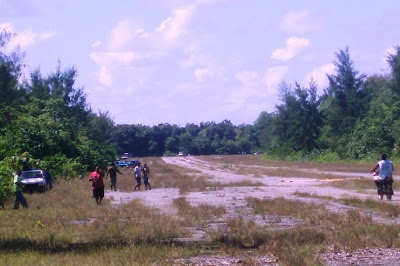 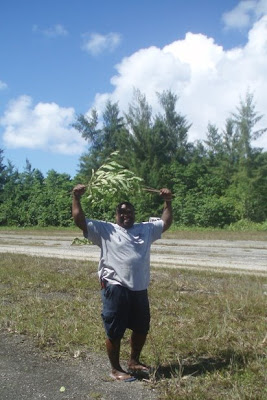 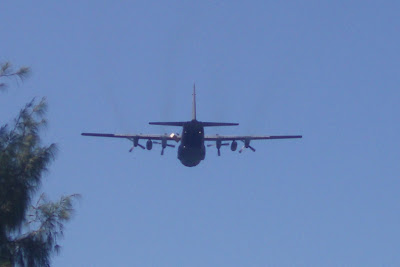 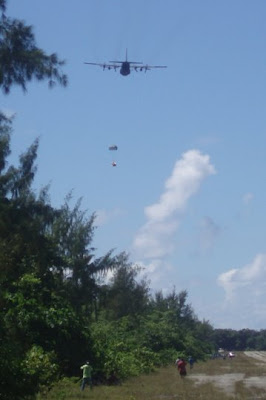 The items from the box will be passed out in a very orderly fashion on Saturday as each household will draw a number that correlates with something from the box. FUN!
Posted by Carrie

That is awesome! I can't wait to find out what you got!!

WOW!! So crazy/exciting! I'm glad you get to experience all these things Car! I sent your Christmas card...hope it makes it!!