We spent a day exploring the north end of Angaur, checking out some of the war ruins and other things...

This is the northern shoreline: 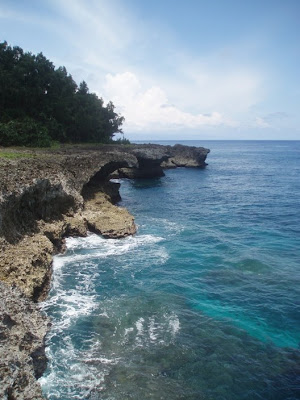 There are a TON of cool trees here ... lots of Banyan trees with crazy roots dropping down from the branches (that Jason likes to try climbing!) and cool Ironwood trees with roots growing above the soil. 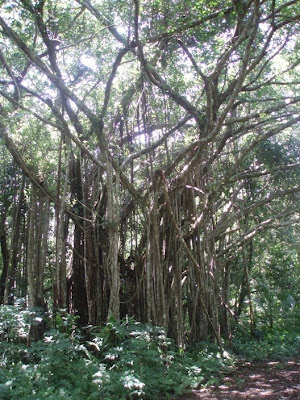 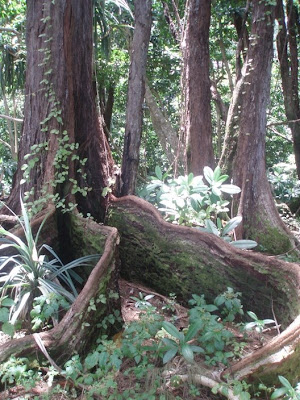 This is the "airplane graveyard," where there are remnants of several airplanes ... sort of makes me feel like we're part of the 'Lost' cast! 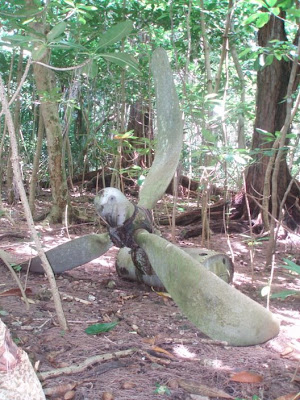 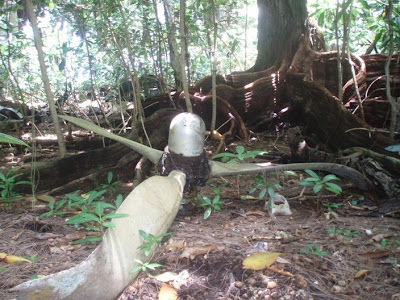 This photo is difficult to read, but it is a memorial built to commemorate the 100+ people of Angaur who had to hide out in caves for over a month during WWII (October 1944) to escape the intense fighting that was occurring. We are friends with a man who was a teenager during this time, he has some incredible stories. Every year in October, the island still celebrates the liberation day, or coming out of the caves day. We got to be part of the celebration this year - it was a day of softball, field event contests and lots of eating!

More war remnants in the harbor. 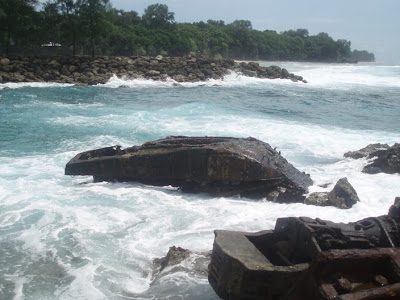