Images of a Funeral Feast

Jason and I had the opportunity a few weeks ago to be very involved in the Palauan funeral process. The mother of one of the men from our church had passed. We felt really glad to have the chance to be this involved in what is a very incredible feat -- spending 5 days preparing food for 400 people, using only food grown on Angaur or caught in the sea and cooking it all over outdoor fires! Simply unreal!

There were many moments when I looked around me at what was happening and at what I was working on and was SO glad to be here, experiencing this life, in this moment and realizing this is why we came.

To begin with if we learned anything from our Peace Corps Tonga experience, it was that a feast is not complete without: A LOT of root crop ... and ... a bunch of slaughtered pigs! 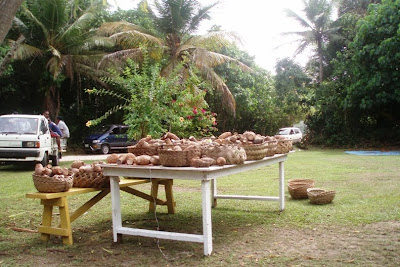 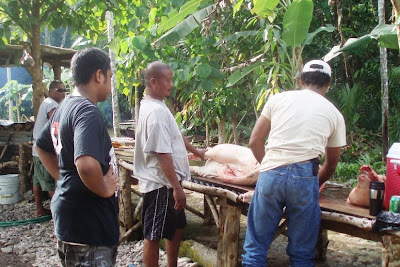 This yellow taro has been ground up and mixed with a little sugar and coconut. A scoopful is placed into these leaves and tied up for cooking. These women were kind enough (or patient enough) to teach me how to do this.

The woman in the purple shirt is wrapping soem of the whole taro roots for boiling so they wouldn't fall apart... 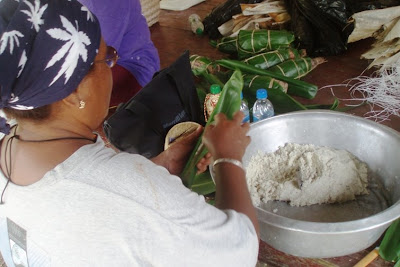 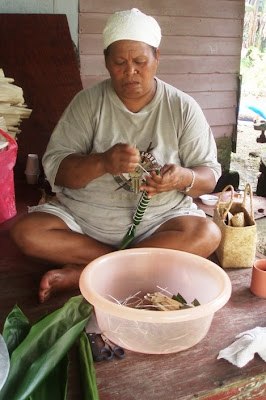 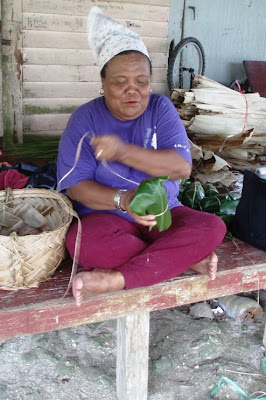 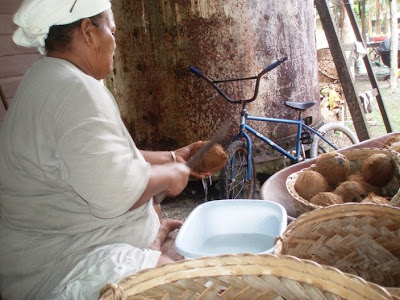 All of the food was cooked in these huge pots over fires that were constantly being tended. Elephant ear leaves were used as a sort of lid for the pots. 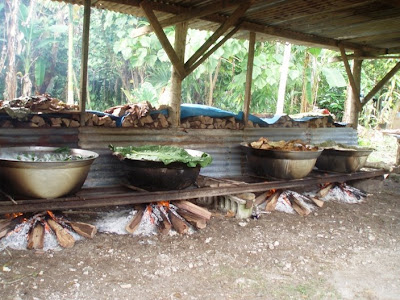 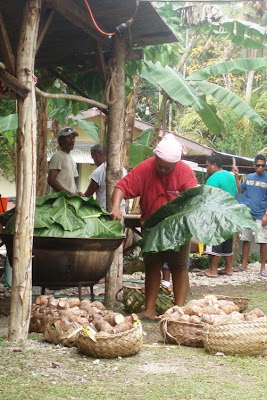 These women are tying up a bunch of tapioca which was prepared in a similar way to the yellow taro - ground up, then placed in some young coconut fronds, tied up and boiled. After boiling, they are tied together so that they can be hung up to dry. 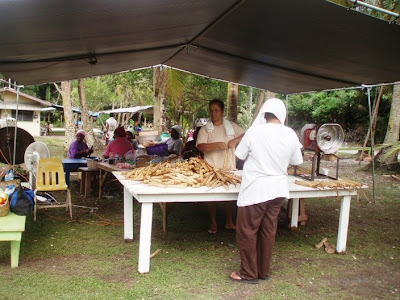 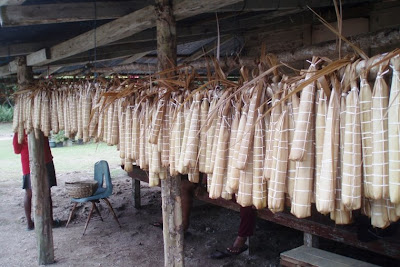 And finally! The finished product - this is one of the many tables covered with the packaged food. Each funeral attendee would receive one of these packages which contains two to-go boxes packed with food, with taro & tapioca on top. Of course, as it came time to serve the food, it started to POUR, so all of us who were serving were drenched, but at least it's a warm rain. 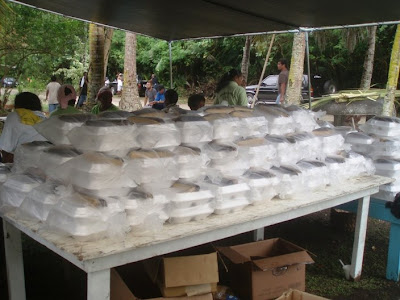 The day of the funeral, we were up at 5:30 am (after getting home from helping after 10 pm the day before) in order to get over to the village to help with the final preparations ... we were given a special treat for being up so early - this beautiful sunrise. 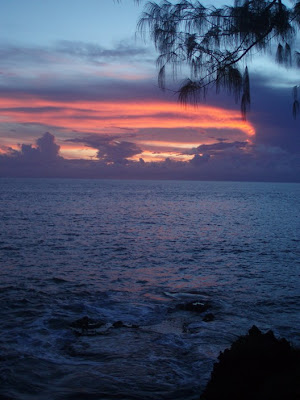 Wow, that is truly amazing. And that sunrise is gorgeous!

So interested to get a to-go box at a funeral. What an amazing experience!