This is home ownership ...

... getting a letter from your homeowners insurance company (who's been insuring you for months) giving you two weeks to re-roof your garage and scrape/repaint all the peeling paint under the eaves of the house. Gotta love it!

Jason and I had been looking forward to the first weekend since August where he wasn't working out of town and we were also without visitors. Suffice it to say, although he was here the whole weekend, he was on the garage roof for all the daylight hours and then at school working and doing homework for some of the night time hours. Not what we'd imagined of course (but that's sort of how life works, right?).

To be fair, the garage did need a new roof very badly and it's unlikely we would have gotten around to it before this winter. So I guess we should be thanking our homeowners insurance company??

Jason was able to spend an hour with us at the UofI homecoming parade (which is apparently THE parade for Moscow ... there were more people there than I thought lived in Moscow!) which was great to at least get that time together -- and so fun to watch Luke collecting candy that he probably won't get to eat :) 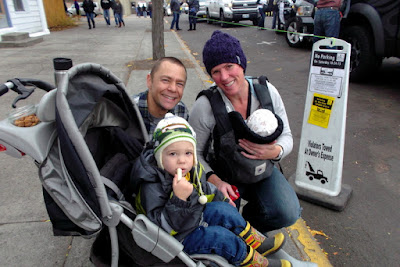 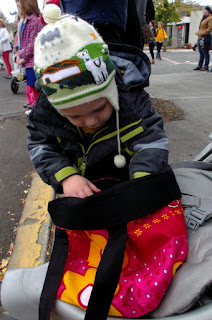 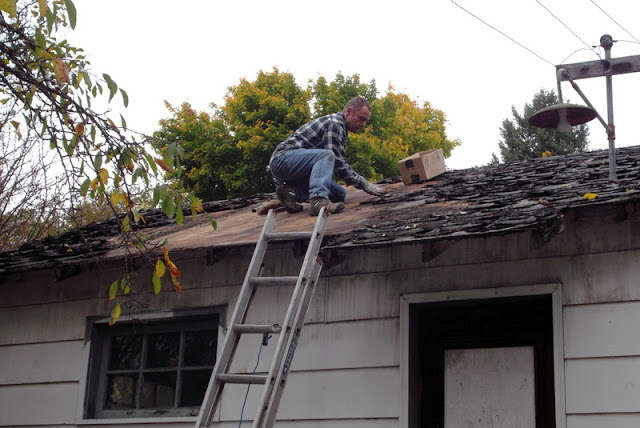 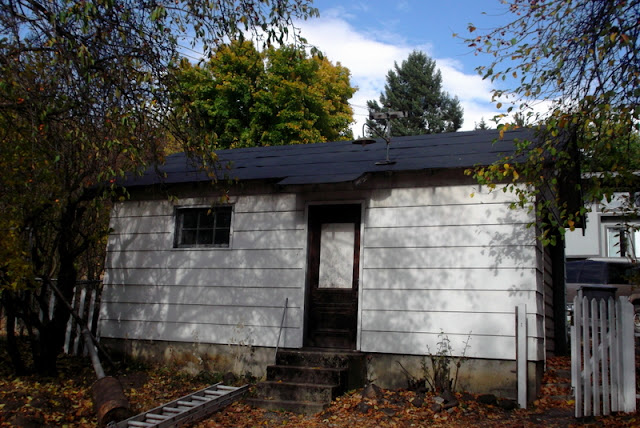 We even hired a friend to help get the new shingles on ... unfortunately, after working on it all weekend and 5-6 hours yesterday, it's not finished yet :( Getting close though. 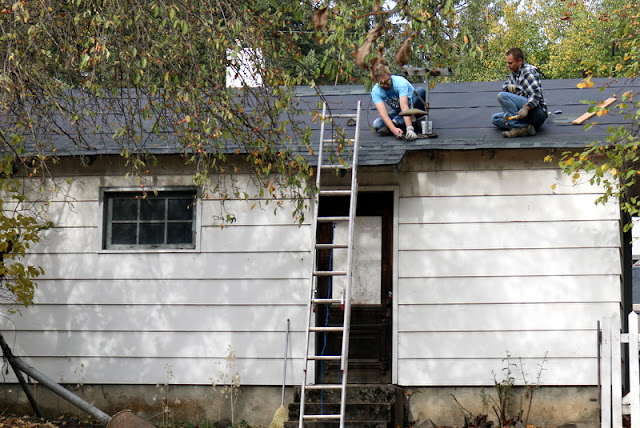