Learning how to refinish floors & other things

We've officially been South Dakota homeowners for just over a month. It has truly been a whirlwind.  After we took this first photo in front of our new purchase, we spent that evening just trying to get a small space clean. The entire house was pretty sickeningly dirty, with a lot of leftovers from pets who had been roaming freely. Ick. 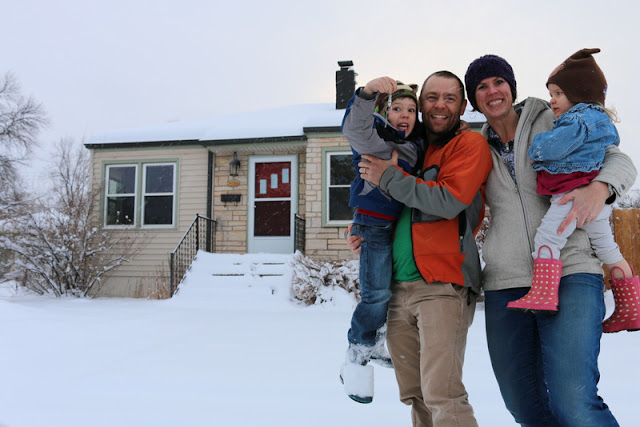 We felt really fortunate to have two weeks during which we were still living in our rental while putting in as many hours as we could at our new place. We would put the kids to bed in the one clean room and then work late into the night on many night. We knew anything we could get done before moving in would be a huge benefit.

Our biggest focus was on the things that would be hardest to do once we were already in the space ... which meant project #1 was figuring out how to refinish the hardwood floors which had peeling varnish, water damage, large gaps between boards and different stain colors from room to room. Nice!

Jason was amazing with his adventurous spirit and decided to give it a try. It didn't really sound too hard...

Except that our brains seemed to automatically tune out some of the tedious details ... like that you need to go over the floors with at least three different grits of sandpaper and use two types of sanders (one for the main area, one for the edges); cleaning up all the dust, etc after each time. Then once all that sanding and cleaning is done, the floor is cleaned with mineral spirits, then treated with a wood conditioner, then stained and then finally several coats of polyurethane. 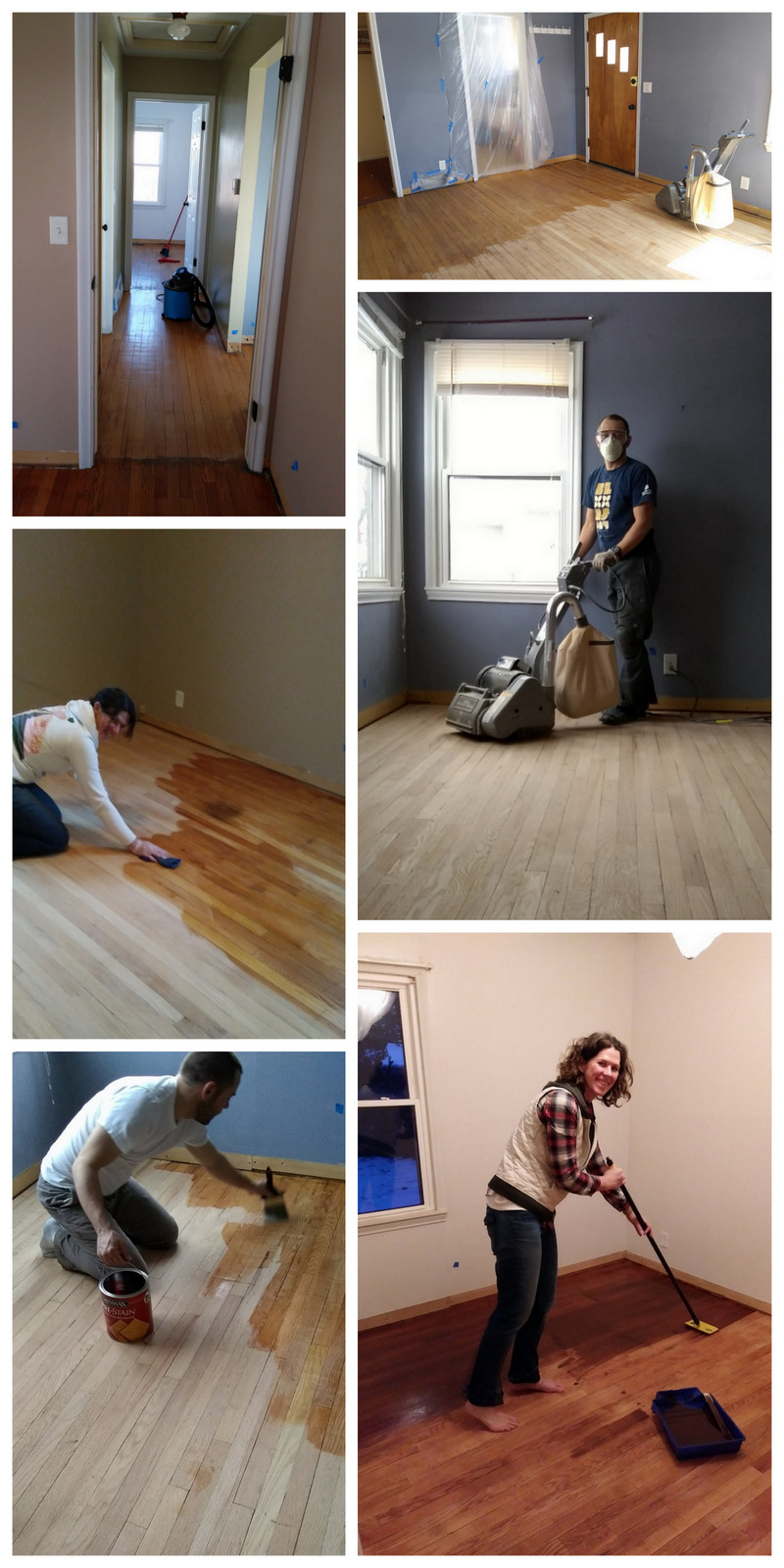 What most write-ups don't give any tips on is what to do when you encounter irreversible mistakes made by previous re-finishers. Ugh. Turns out, we could have used some help in that area.

After days of work, there was something on the floors that did not allow the stain to adhere properly in the living room and hallway, leaving crazy splotches everywhere :(.  Additionally, the previous refinisher of those floors had left at least 20 places where they'd allowed the sander to gouge out long strips of the floor. Such a bummer and very disheartening. 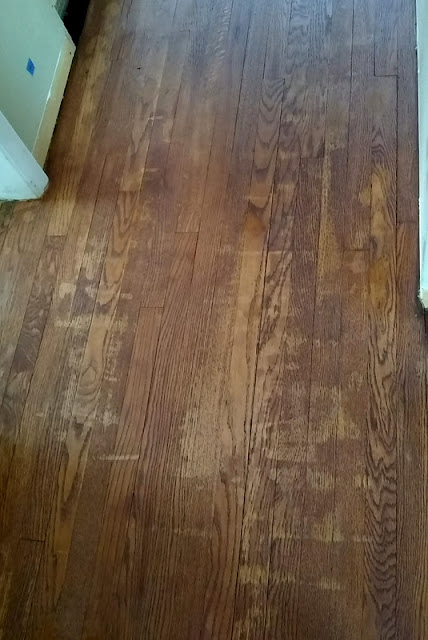 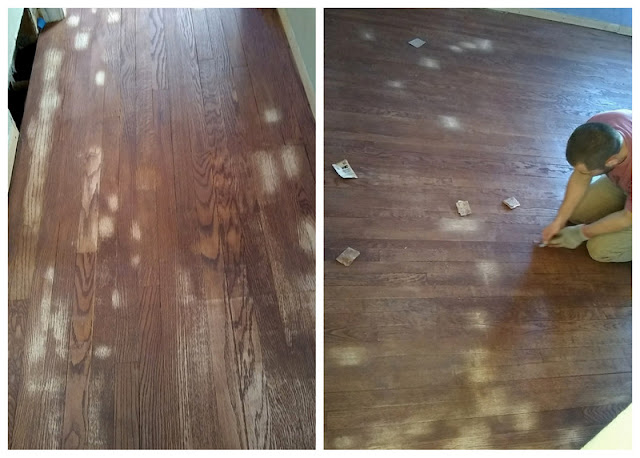 It didn't totally fix the issue, but we didn't know what else to do and knew we just needed to finish it up and move on. 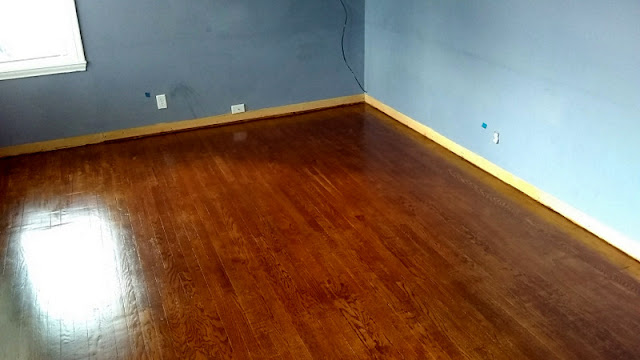 Next came some work in the kitchen - pulling up the cracked/broken/dirty floor tile and refinishing the brown-checked counter top & backsplash ... 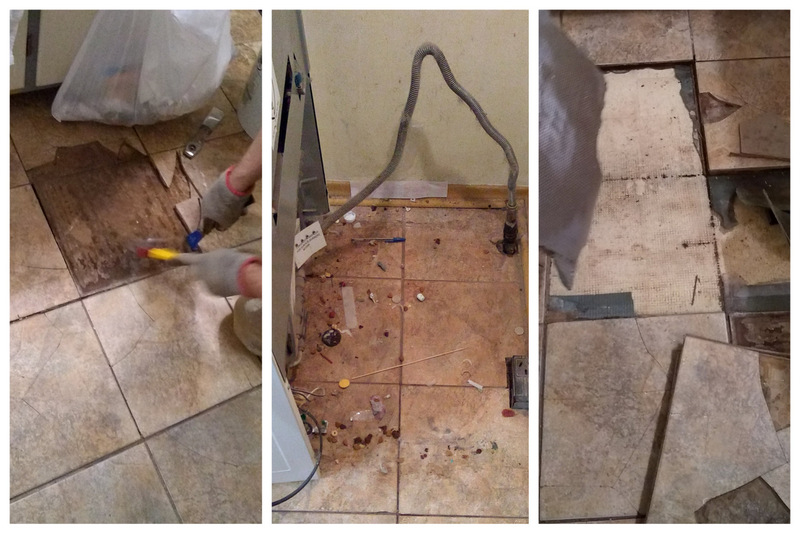 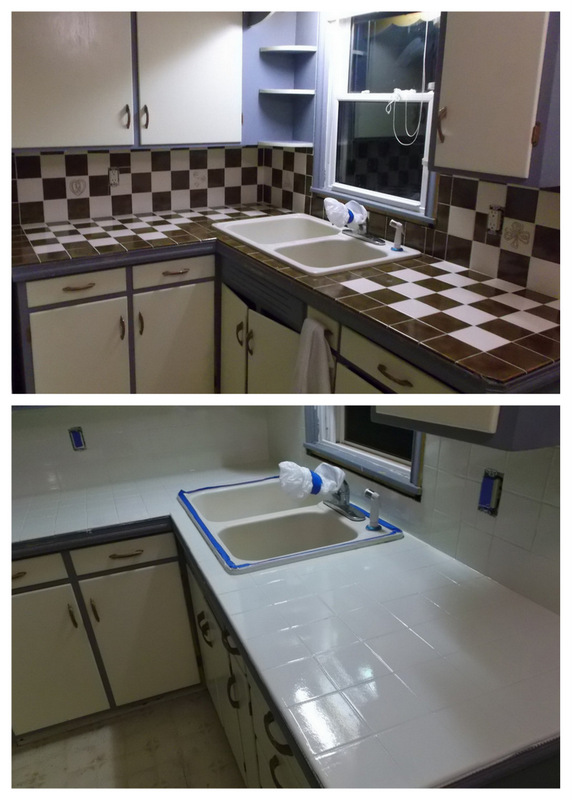 I felt a little bad to cover up such perfectly retro tile ... but I just didn't think I wanted to live with it long-term even if I could appreciate how awesomely 50's it was.

After that came lots of wall repairs, priming, painting and always more cleaning.

And, then our two weeks was up and it was time to MOVE. We felt incredibly blessed by six folks from our church who showed up to load/unload and by a break in the snowy/windy/freezing weather. 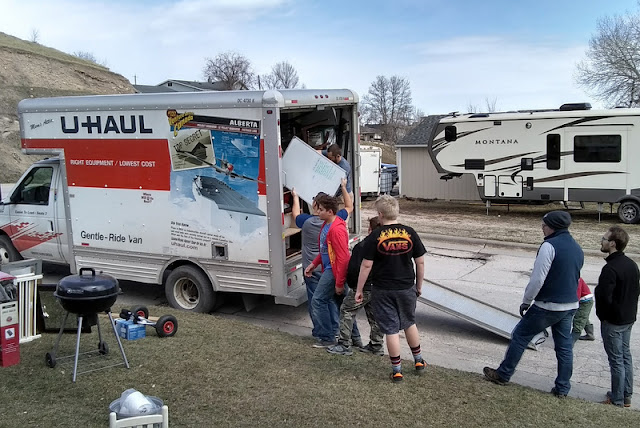 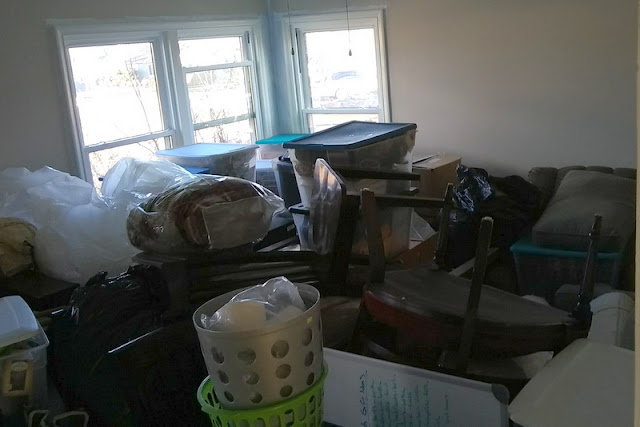 Everything was IN and we were left wishing that like our last move, we could just take off to Vermont for a week and deal with unpacking later. No deal this time. And while I'm thankful our living room has been transformed from the above picture to the below ... we still have a lot of unpacking, sorting and organizing to do (in addition to completing many, many more projects on the house). 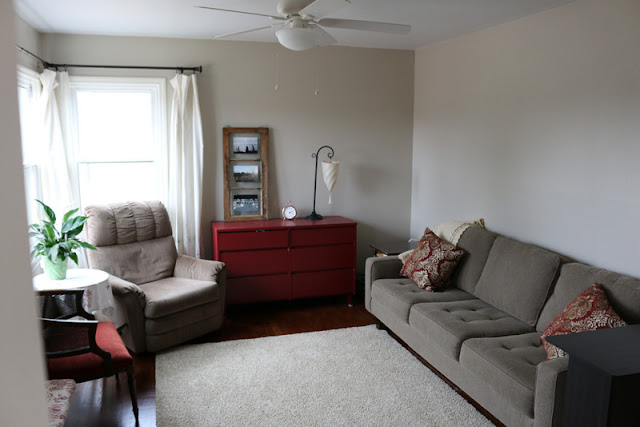 It is so fun to see this transformation! It looks great!! :)