Did you know that over 7,000 islands make up the Philippines??  Until we decided to travel to them, I had NO idea!  How Jason found such a perfect ONE out of so many, I'll never know!


When we planned this trip in the fall, we found out that virtually every flight into the Philippines from Shanghai was going to require us to spend a night in Manila, coming & going.  Having been through Manila once before, we were not excited about this.  Taxi drivers in Manila are awful and it's funny how such a small piece of the overall experience can really make you dislike a place.  Out of the six taxis we were in, only one of them was honest.  Not great odds.  We had one guy use his meter, but then drive us in circles ... another tried to require double what was on the meter and yet another said he'd use the meter, then refused to once we were inside with all our bags, etc.  Granted even with all of that, the fare was never more than $10 ... so ultimately not that big of a deal, it just sucks to feel like you're getting ripped off - every.single.time. 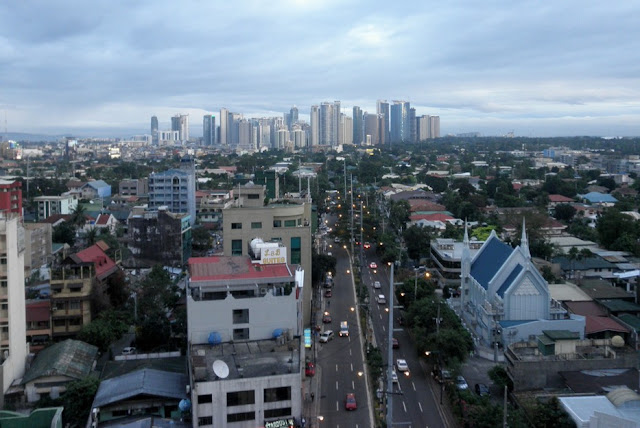 This sunrise as we caught our flight to Dumaguete made the Manila hassles almost worth it.
Can you tell how happy I am to be back in the tropics??!  I love the warm, muggy air and all the greenery! 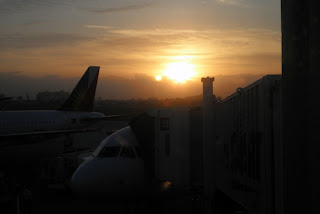 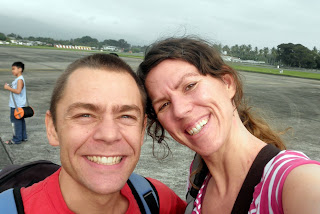 In Dumaguete, we picked up a few other travellers and made our way to the boat "dock" to catch a boat to Apo Island.  These tricycles were awesome! 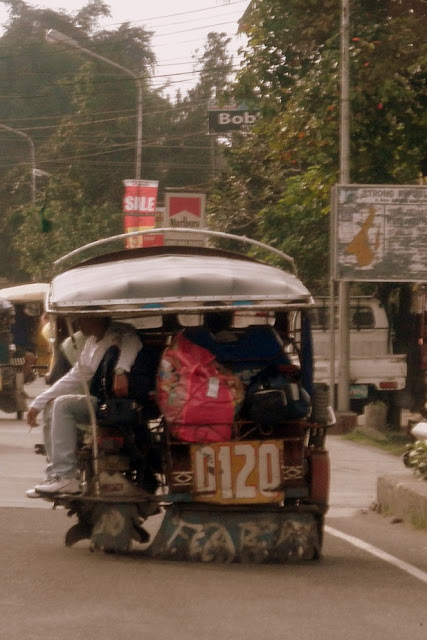 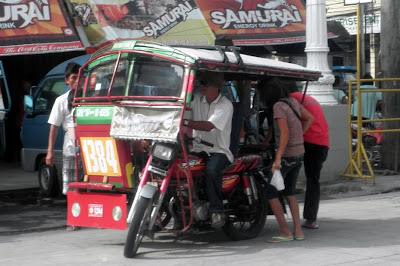 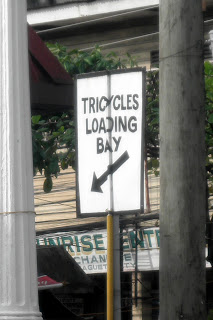 When we lived in Palau, we were constantly astonished by just how strong and hard working the Filipinos who lived there were ... I was reminded of this as I watched our boatman hoist this heavy-looking bag and trot effortlessly toward our boat (which was the smallest one on the beach - it looked like a canoe with training wheels!) 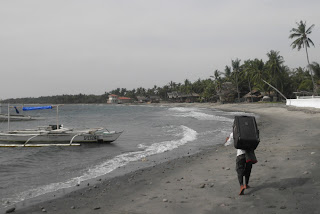 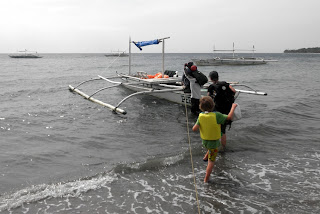 Our destination --- that tiny island in the distance. 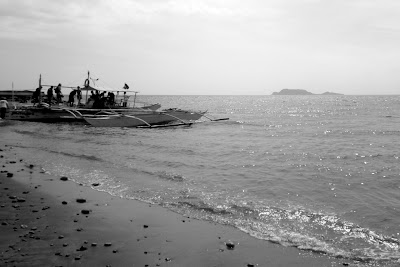 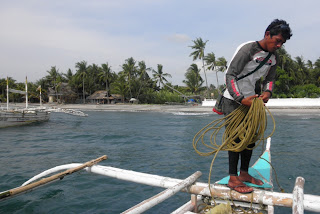 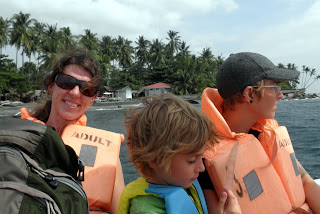 After a boat ride that was twice as long as usual due to some very rough water, I was SO SO happy to see dry ground approaching!  We were soaked through and with the wind, feeling pretty chilly in spite of the 75 degree temperature.  The buildings in the center of the photo is where we stayed - Liberty Lodge. 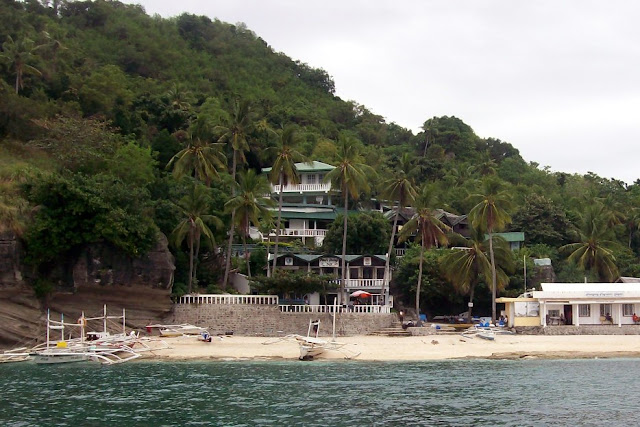 Carrie,
As always you never disappoint me, what a wonderful adventure. I love living precariously through you two! We just stayed over night at Sycamore Springs in Avila for our anniversary and I thought we were hot. Take care, Lori