Last week was an interesting week.

First, I'll admit that we were excited to have made it to the six month mark as parents ... sometimes we wonder what in the world we are doing trying to raise a person??!!?  I don't feel like I'm grown up enough to really be in charge of another person's well-being.  But, here I am with a child :)  Poor kid!  Here are some pictures of Luke on his half-birthday. 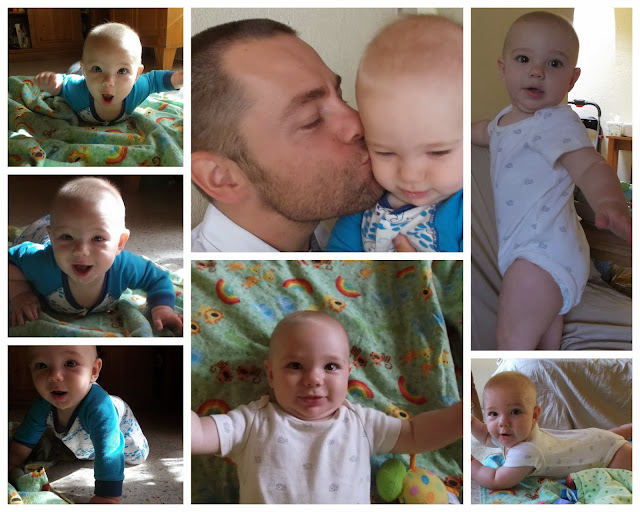 Second to that, we passed our six week mark of living in Guatemala which was celebrated by Pana's Fair (Feria) Week.  Wow, am I glad it is over!  It was a WILD week.  Since we arrived, we've been surprised by the amount of artillery shell fireworks being set off at all hours of the day and night ... most nights we are startled awake to what seems like a full-on bombing - until we remember that it's just someone have "fun" at 3 am.  These bombings ramped up last week to the point that sleep was pretty illusive.  Top that with another unexpected sound -- marching bands practicing constantly.  I love that the kids here are involved in a healthy/productive activity, but is practicing into the middle of the night really the best?

We got to see all that practicing in action during the town parade -- with the bands out in full force and all the school's dressing up with a theme. 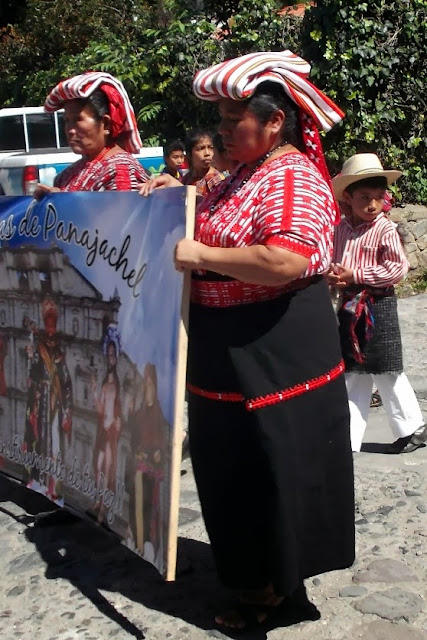 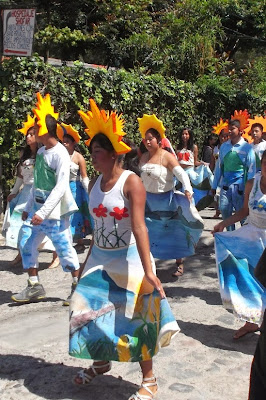 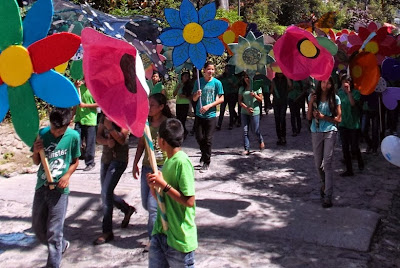 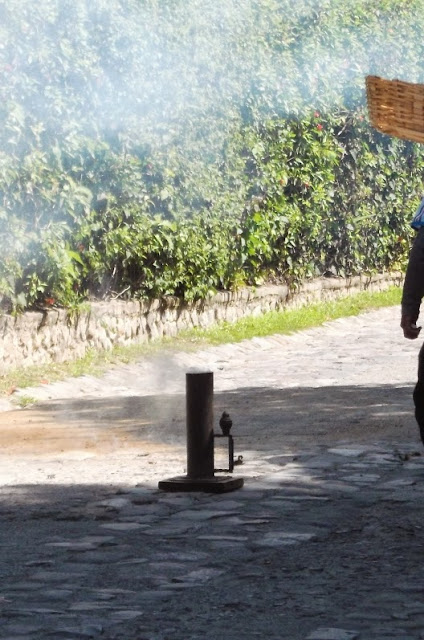 A woman and man in traditional Mayan dress -- the men wear wrap-around skirts over their pants.  Jason made the tactful observation that he thought maybe some of the women may use their tops to carry small items.  I've seen a woman dig her entire purse out of her shirt, so he was certainly correct! ;-) 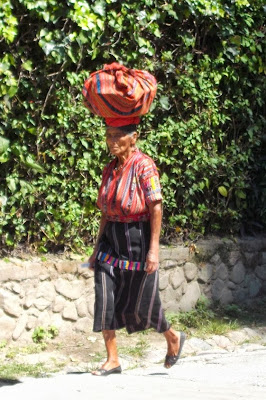 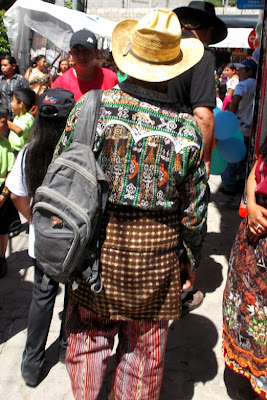 A man walked up and down the parade route selling scoops of ice cream with a balloon vendor in the background. 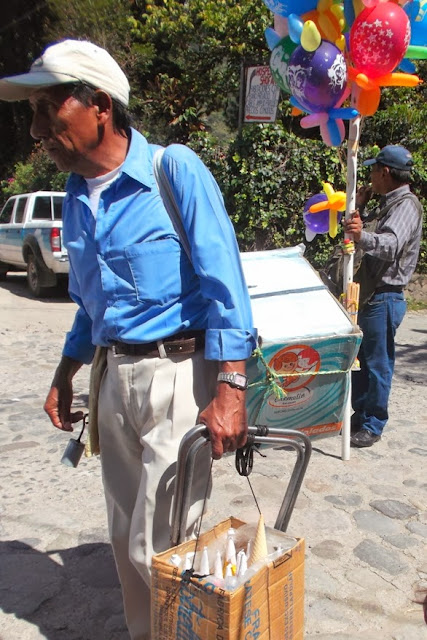 AMA's theme was China -- with all the students in costume.  Lucky teachers -- they got to try to corral their students for over three hours on the parade route! 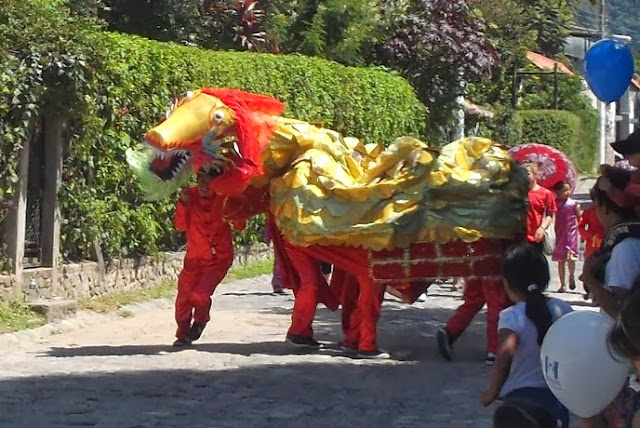 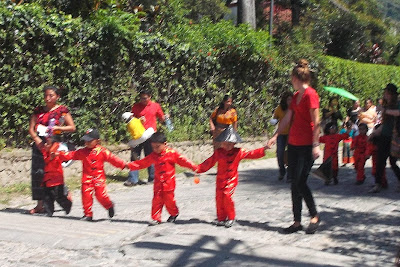 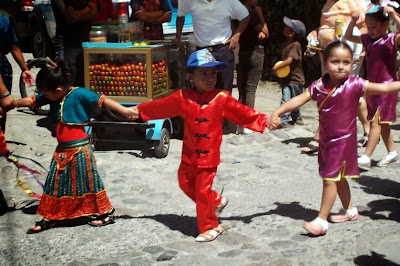 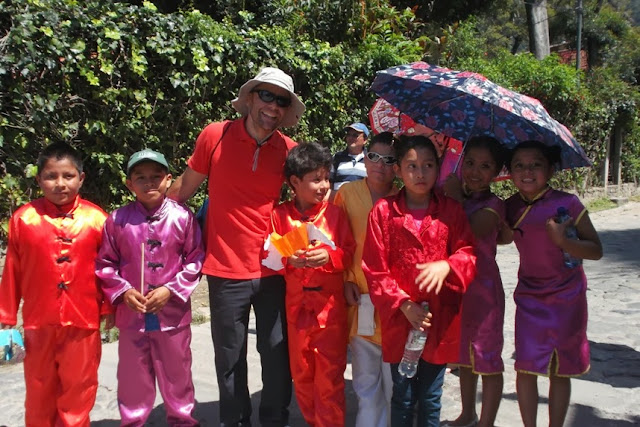