Ever since Luke passed his six month birthday, I have known I really needed to figure out when/where to get him his immunizations.  We started asking around and had a few false starts, meanwhile time was ticking by.  We finally got given some straight information about a free clinic that operates in Pana called Centro de Salud and were promised that Luke would be able to get his shots there.

On the day I decided to take him, I of course went to the wrong place first -- thinking that where I was going would be a place with the word "clinic" on the outside ... not true.  The Centro de Salud looks more like a school than a clinic due to the playground in the front yard. 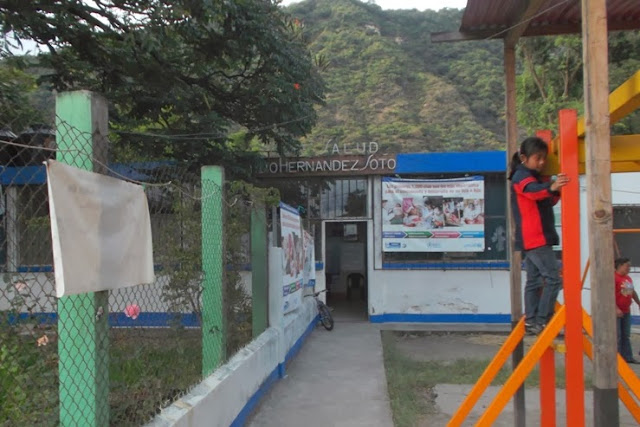 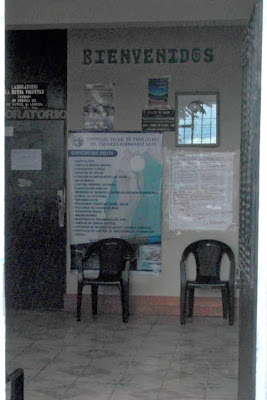 Once inside, I got sent around to various people and kept repeating the Spanish sentences I'd memorized ahead of time to explain what I was doing.  While I waited I noticed this sign: 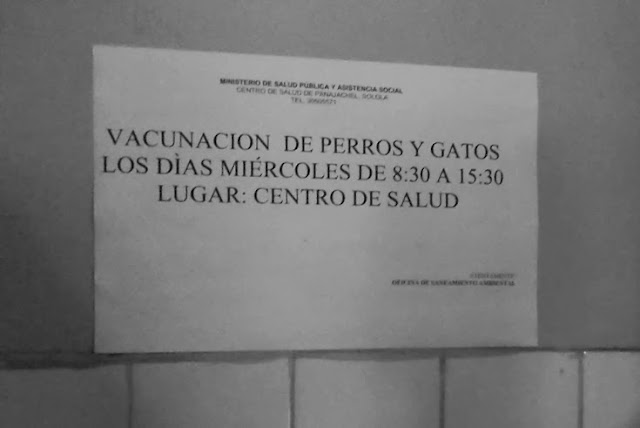 Which says something to the effect that you can bring your cats & dogs to this same place on Wednesday's for their vaccinations.  Ahhh, that made me laugh!  I am getting my baby vaccinated in the same place as cats and dogs :)  Love it!

After some time and also getting someone who was bilingual to assist, Luke was finally able to get his shot and this spiffy immunization record.  He was also weighed & measured which was fun -- just over 50th percentile for both ... although by Guatemalan standards he's HUGE :) 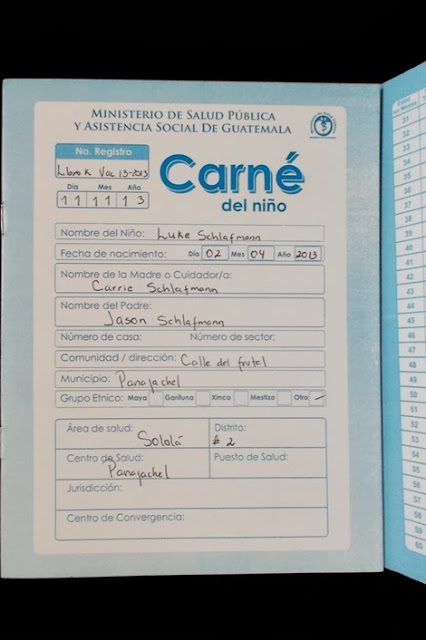 You are a brave woman! I'm glad it all worked out!! Sweet boy.