This past weekend we got to escape across the lake for an awesome outing!  It was the first time I'd had a chance to swim in this gorgeous lake we live on and it was all that I hoped!

To begin, it was a spectacular day and we were with a couple of Jason's fun co-workers, both named Emily.  Just the boat ride would have been good, but in addition we were headed to a village I had yet to explore and to a nature reserve with a 20-foot jumping/diving platform hanging over the lake.  For a while, we were the only group there and it was idyllic.  What an incredible rush -- stepping off the platform into nothing, then dropping into the green water, coming to the surface and being surrounded by volcanoes, bright blue sky and white clouds.

Jason did so many dives and back flips that I lost count.  Afterwards, we explored the village which like many of Atitlan's villages was very much a hippy destination for the young and old which reminds me of time spent in Santa Cruz, California and makes me happy. 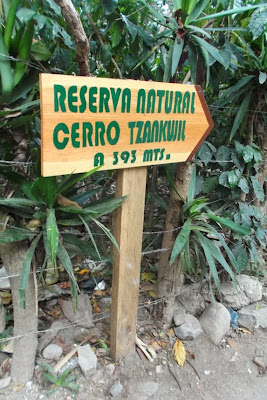 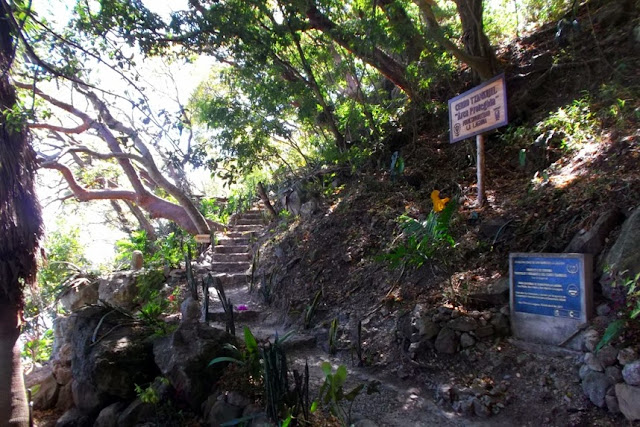 The trampolin is the platform -- 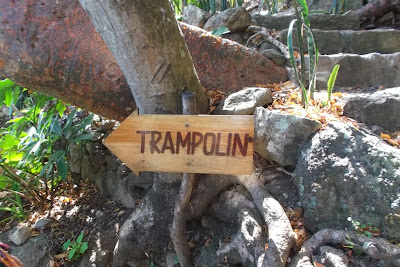 I am still in such awe of this spectacular place we get to live.  The beauty almost hurts sometimes. 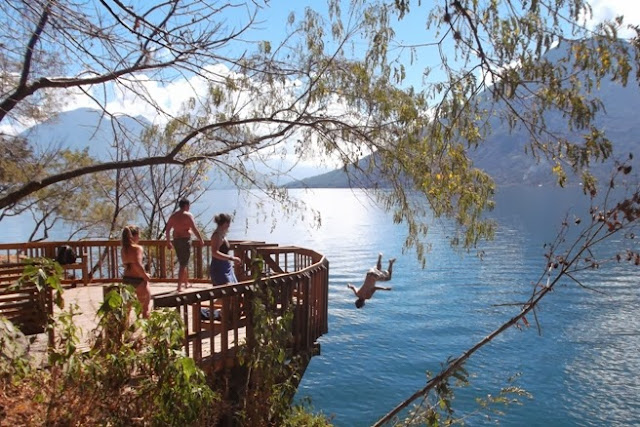 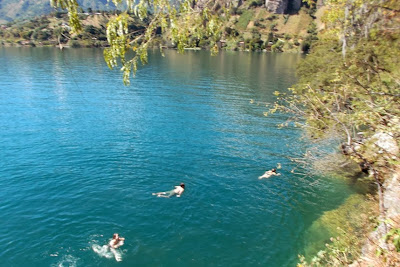 Jason held Luke while I had my turn - what a rush! 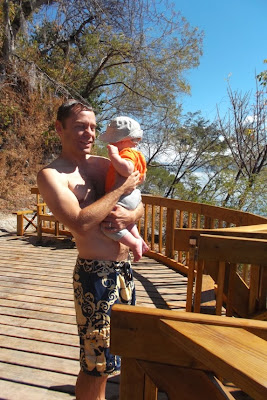 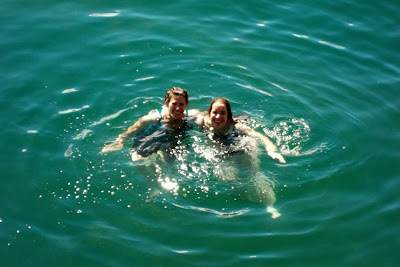 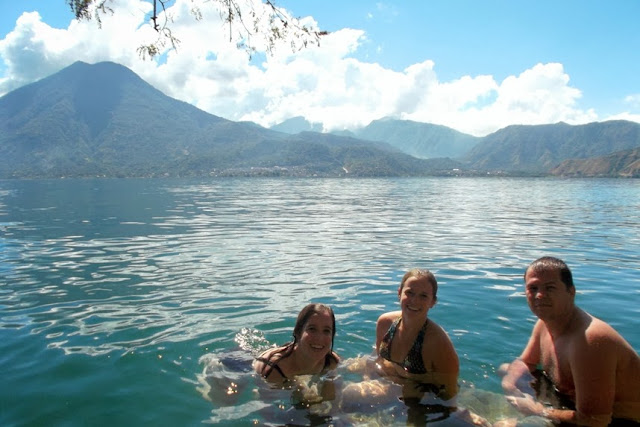 Can you find Jason? 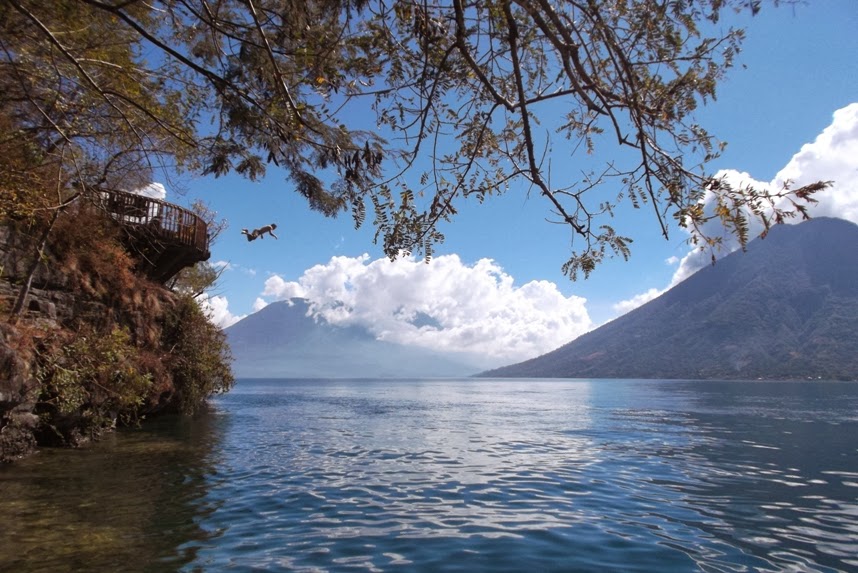 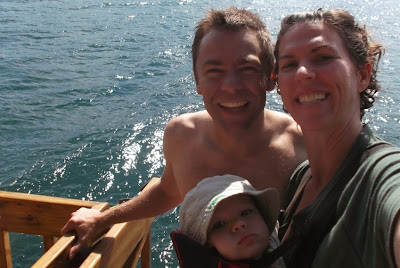 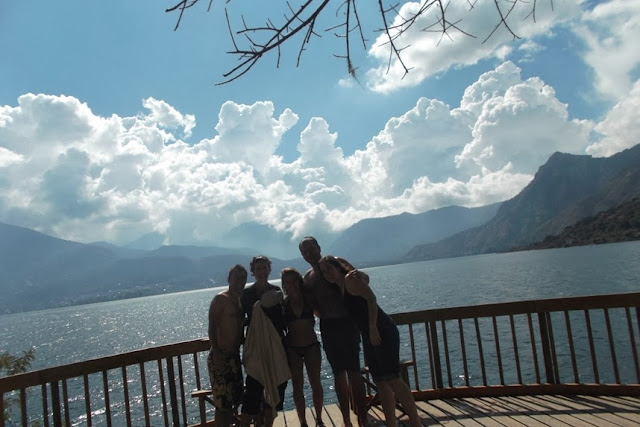 After playing in the water, we headed for a little exploration of the village.  Signs like this one were everywhere ... 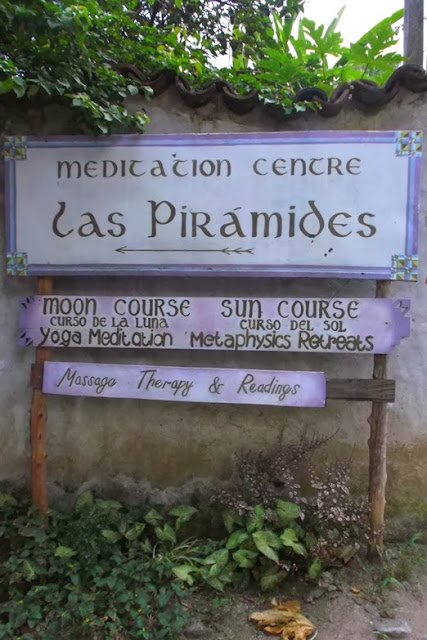 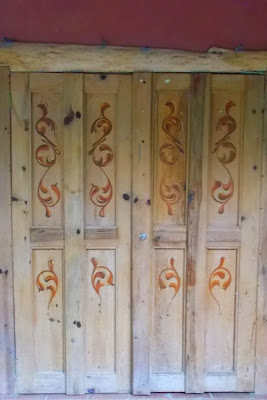 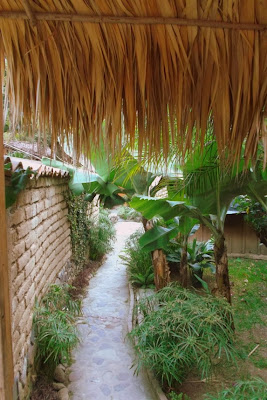 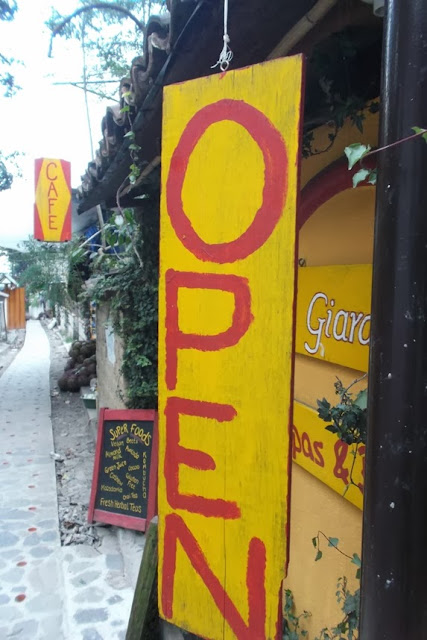 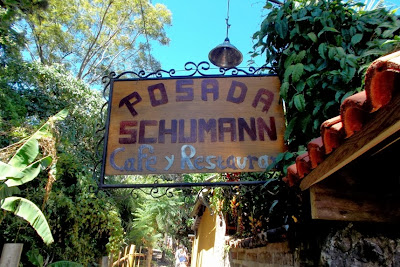 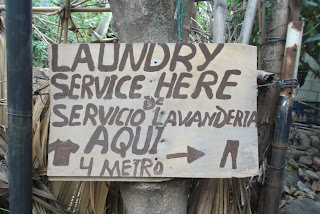 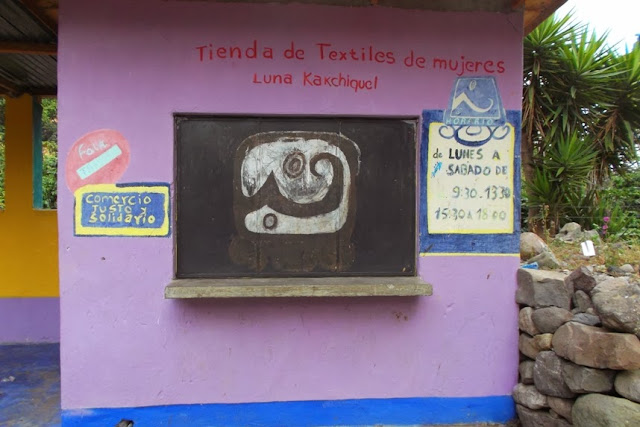 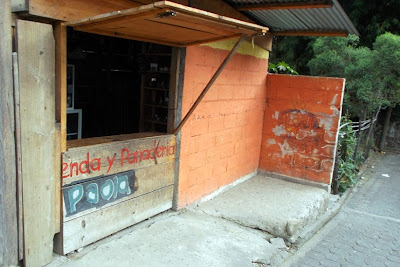 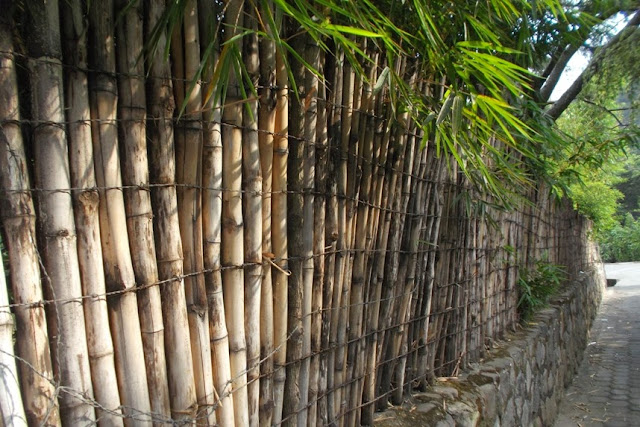 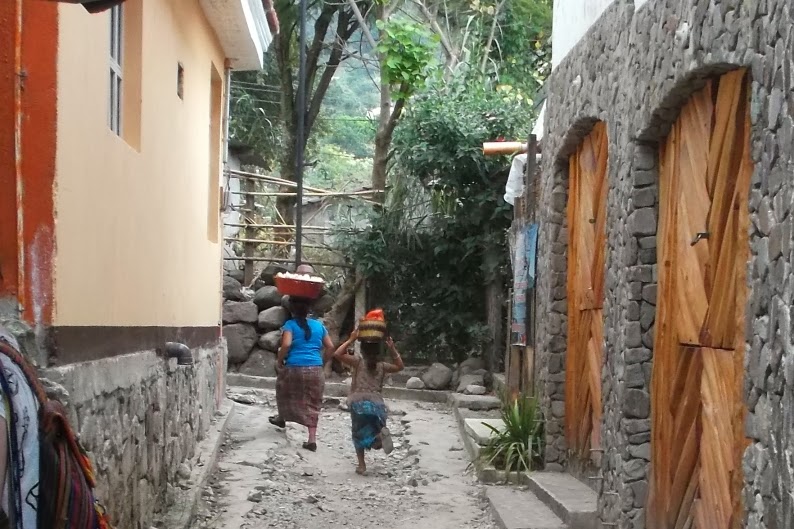 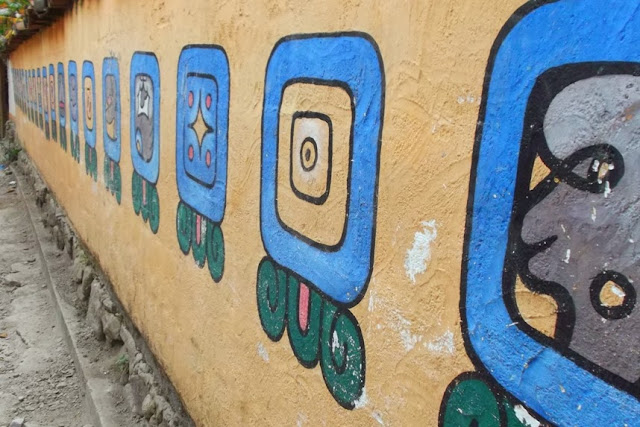 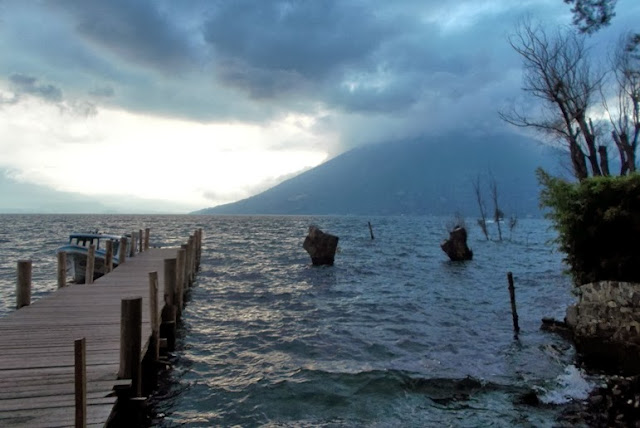 Beautiful pictures, looks like you had a wonderful day! Merry Christmas.

I love when you go on little adventures!!!