And, life changes in a moment

The past few weeks have been filled with a lot of wonderful time with family & friends, but also with some great heartache and a lot of stress. I have been reminded again and again of how difficult life can be ... and how it can change in the blink of an eye.

- a long-long-time family friend never recovered from an emergency gall bladder surgery, leaving behind his wife of 66 years
- my cousin's sweet baby boy lost his battle against health issues he'd had since birth - he was only a few months older than Luke
- a friend who's younger than me shared her recent diagnosis of MS, noting that the damage is so extensive that her doctor estimates she's had the disease for 10+ years
- one of our favorite Vermonters breaks his hip and ends up in assisted living - his wife is left having to sell the house he built with his own hands just to cover the costs
- several friends have husbands struggling with serious depression, addictions and more

... and it feels like the list goes on. Life is just so hard sometimes. I am overwhelmed by it.

While our personal struggles have been nothing compared with the above, we have had a few things come up that have caught us off guard and left us feeling a bit like we're on some sort of scavenger hunt to figure out our future. Each clue being more confusing and seeming to send us off in a completely different direction.

When we returned from Guatemala, our ideal hope was to find a caretaking job on the West Coast, giving us a year to get state residency so that Jason could attend one of the university's offering the Forestry program the following year. After we were into somewhat serious talks with both the position in Sonoma County and also on Eliza Island, Jason found out that none of the West Coast schools accept students working toward a second bachelor's degree. Ugh :-(

In the meantime, the Sonoma position told us we were their first pick and Eliza island gave us a formal job offer (contingent on a two year commitment). We should have felt so happy about both of these offers, but knowing that Jason couldn't go to school in either state made us hesitate. We really, really wanted to make the Eliza island position work. It would have given us a bunch of new skills, housing and a salary. It really seemed like the right thing to do. But two years (and a variety of other issues) ... we just couldn't do it.

So ... we still do not know what we're doing and it's beginning to really wear us down. Jason's been researching schools in Idaho, Montana and Arizona (who DO accept post-baccalaureate students) and looking for jobs in/around those locations. We'll see what turns up.

We did have a bit of fun on Monday. Our friends Derek & Jenna invited out to the Coeur d'Alene lake and rented a couple of the stand-up paddle boards for the afternoon. It was a perfectly warm and beautiful day. And, Luke got to hang out with his {older & beautiful} girlfriend, Paige. 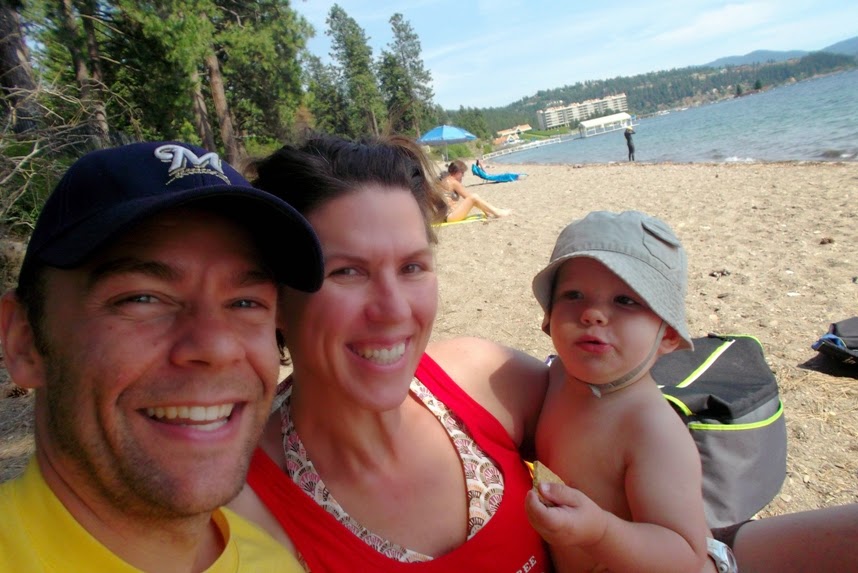 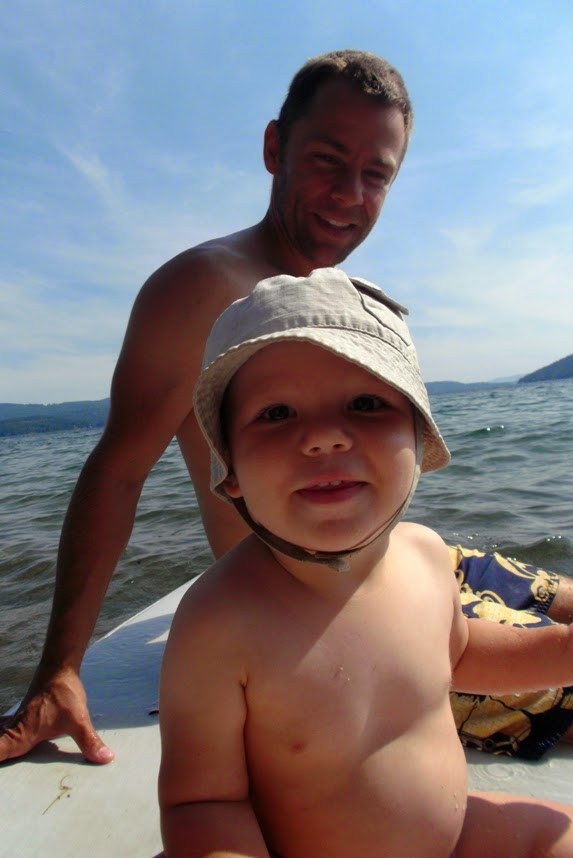 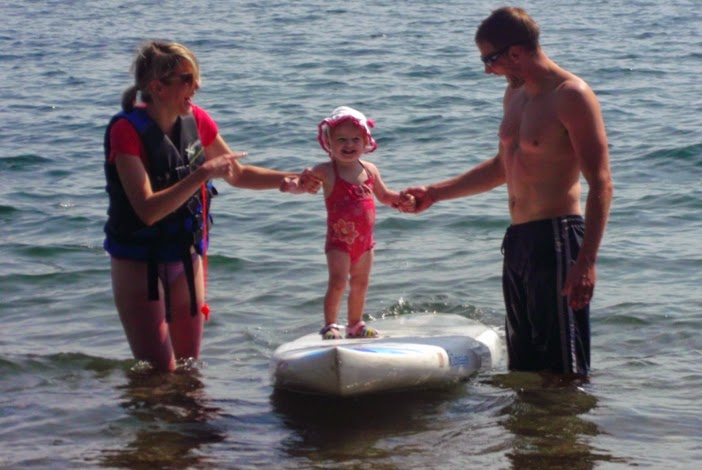