***Warning ... this post is completely about a first world problem & I know it***

Since before buying our house, we've known it would need new exterior paint ... and we've very much wanted to update the exterior color scheme. Since our homeowners insurance was requiring us to fix some of the peeling paint, it seemed like this summer would be the right time.

We had absolutely NO idea just how difficult it would be to pick the right colors though! Or how excruciatingly tedious scraping/sanding/primering could be. Or how incredibly stressed we would already feel just trying to accomplish a few small home projects in the midst of Jason's independent study course, his job, being present with our kids and trying to have a few fun moments.

We were completely blessed by a friend who referred us to apply for a program through the university where a group college students come paint your house, for free. We applied and were one of three families accepted. What a huge praise! Although we were warned the students would likely not be as detailed in their work as we might be, we came to the realization that prepping and painting the house ourselves would have to become an absolutely all-consuming endeavor if it was going to be completed at all. We were so so so thankful to be part of this program.

So, back to picking colors ... we had decided early on that we wanted to do a beige house with white trim & a black door/accents, but we had no clue just how many beiges there are ... or how many whites! It is truly crazy.

Then, in the midst of searching for house photos with different beige paints, I came across a photo of a house with a green door and realized that while the black looked really crisp & sharp, how much more inviting the green looked to me. So that began a whole new hunt ... finding the right green, then finding beiges/whites that also looked good against it. Oh my.

We were fortunate to have our detached garage to practice on.

The before picture -- from last winter (brrr!) 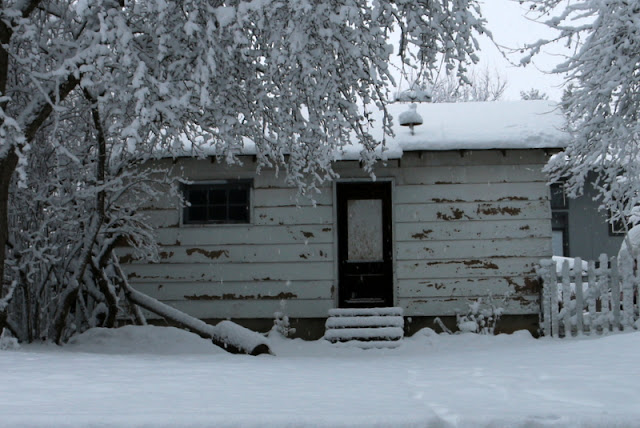 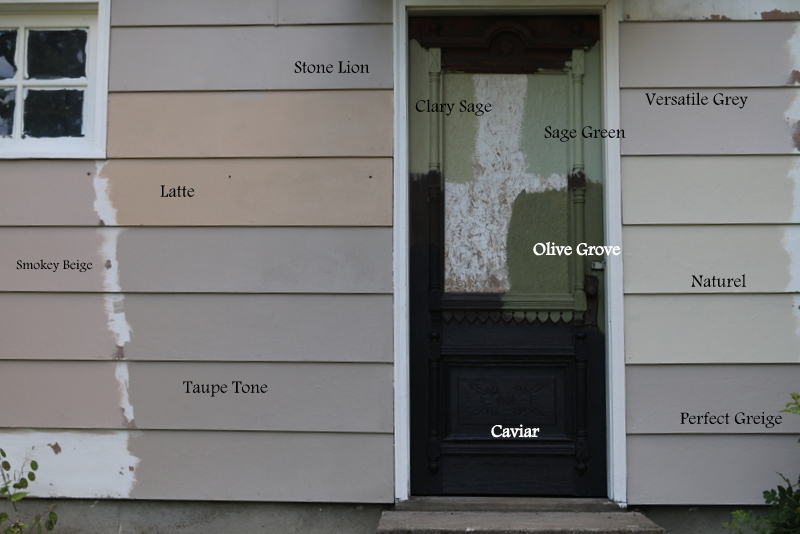 Starting to narrow it down ... 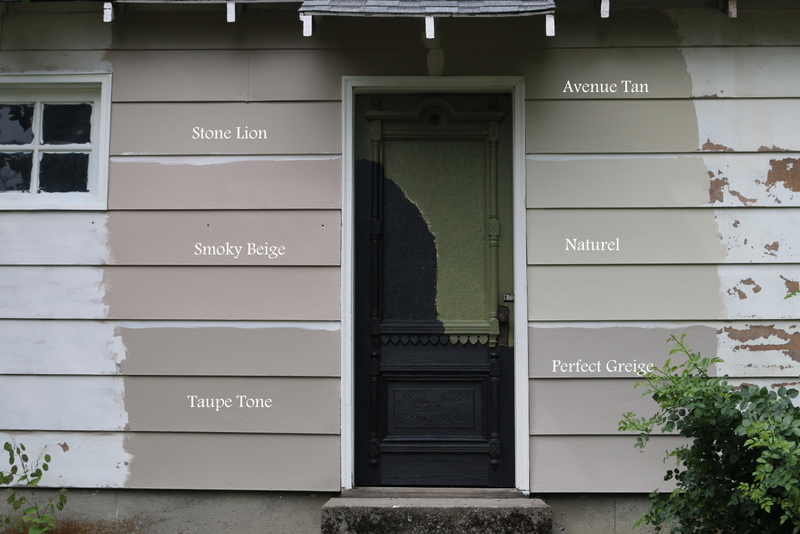 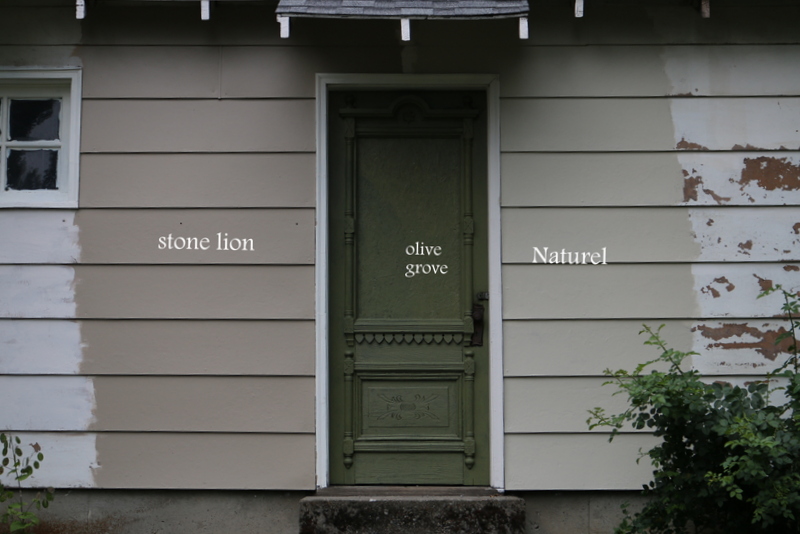 And, we think we have our winner -- we liked Naturel but it wasn't a whole lot different than our current house color and so went with Stone Lion. Ta-da! 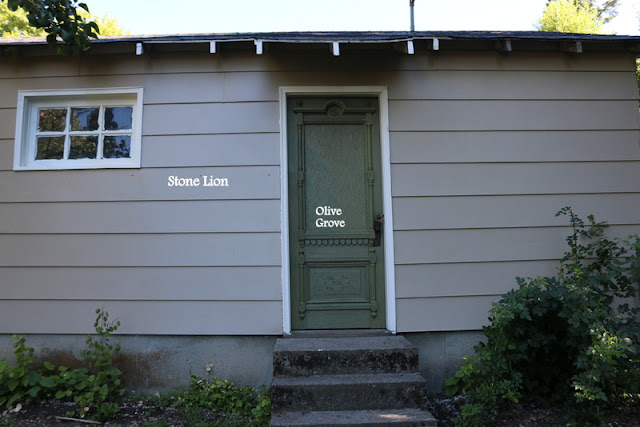 Then we really started to get serious about which white to use for trim -- Aged White, Dover White, Aesthetic White or Alabaster. While picking these out, we came across the (rather boringly named) Khaki Shade which was a great in-between from Stone Lion & Naturel. Alabaster (white) was listed as a coordinating color for both Khaki Shade and Olive Grove making the white paint decision much easier.

Here's the final decision applied to our garage. The house has also been completed at this point ... photos soon! 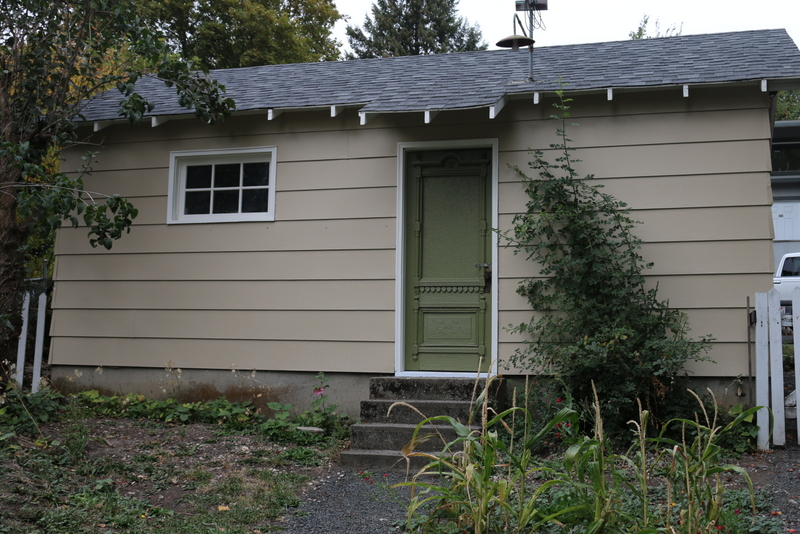