Nearly every Sunday we spent on Angaur, we stopped by Secu's (say-coo) house after church for a cup of instant coffee.

I still remember the very first time she invited us over ... we didn't hear her calling out to us and turned to see her running after us, yelling "Jaaayyy-Son!" trying to invite us over. That first Sunday turned into a habit that we grew to love. We often talked about the exact same things we had talked about the week before, but the time spent with this special lady became very special to us. She is a very unique lady who became a sweet part of our Palau life. 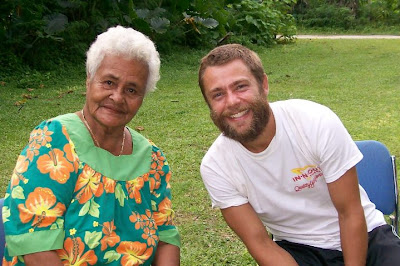 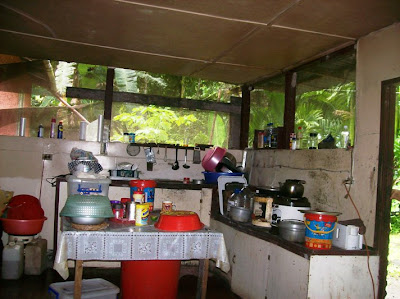 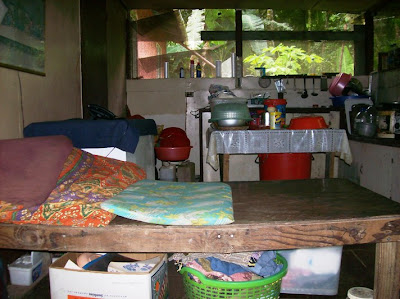 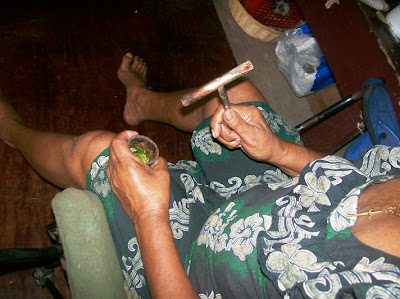 She lost all of her teeth many years ago and when fitted with dentures, threw them away because she didn't like them. She now puts her Betel Nut into a small cap and crushes it up with a special Betel Nut hammer before putting the mixture into her mouth to "chew." 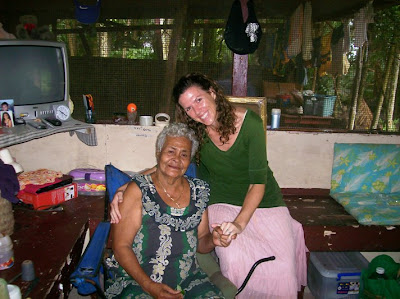 One of her grandson's with the pig she is raising to give as a gift for the one year anniversary of her sister's death in December.

Bathroom and shower facilities at Secu's house - very typical set-up for those living in Angaur. 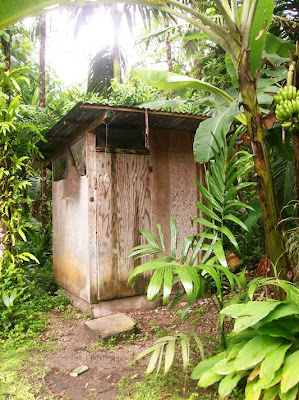 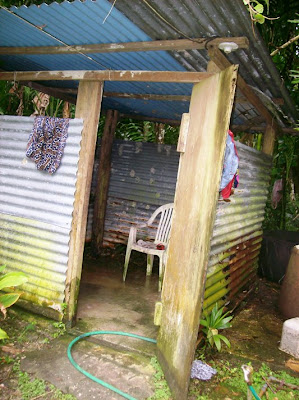