Since moving to Shanghai last year, all we've been hearing about is Expo.  I have to admit even though we live here, I still have had no real idea what the purpose of an Expo is...it officially opened at the beginning of May and we made our first visit on Thursday.  We were lucky enough to have our friends Ty & Kelly from Palau come to Shanghai for a visit and got to go with them.  Sadly, I'm still not real sure what the purpose of Expo is, other than showcasing a bit of information about every country of the world; but, we had a great time hanging out with our friends that we didn't expect to see again after leaving them in Palau.
With Ty, Kelly and Kelly's son, D.J. 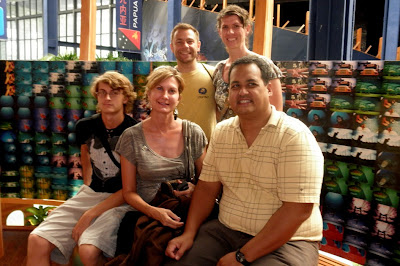 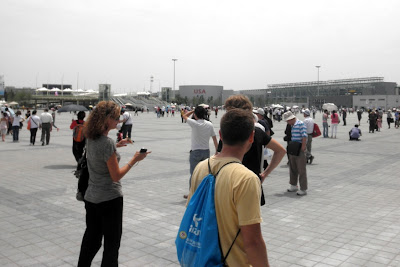 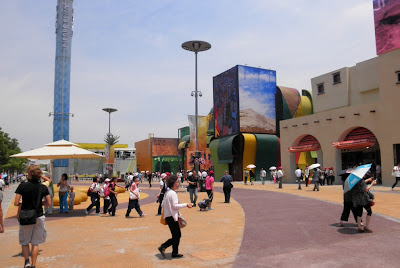 Can you guess what pavillion this is??  That's right ... World Cup fever has even come to the Expo! 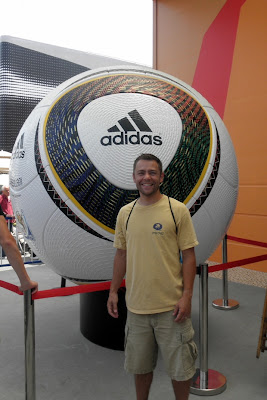 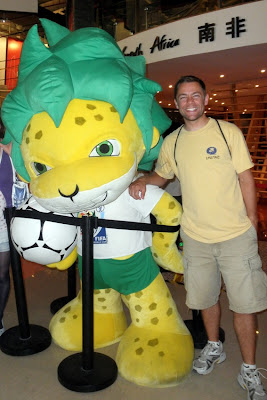 We even got a private tour inside the South Africa pavillion ... all of their cultural items were blocked off from the general masses as they weren't behind glass and protected from curious hands. 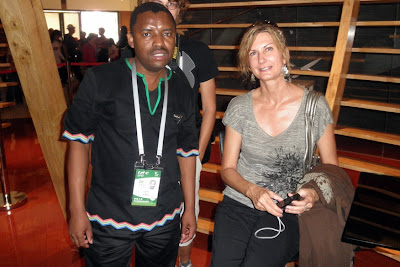 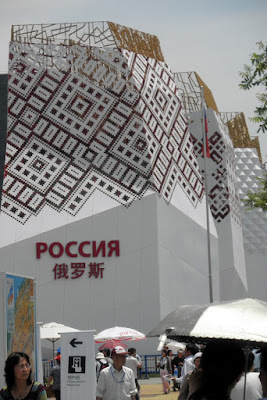 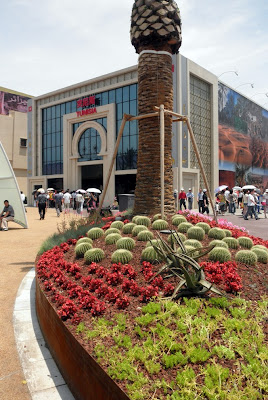 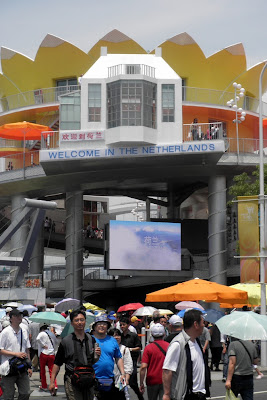 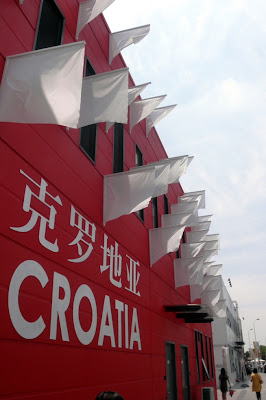 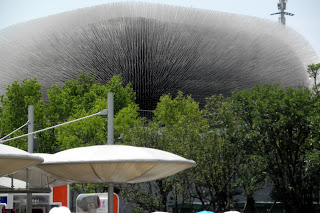 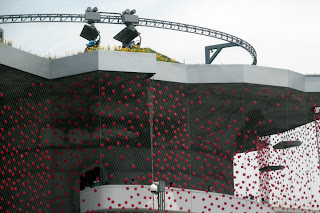 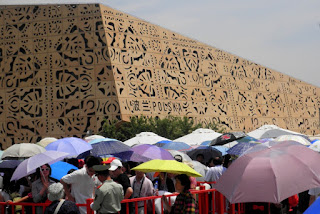 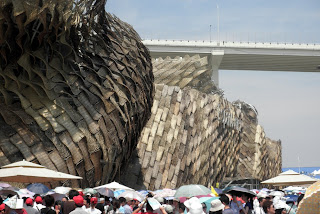 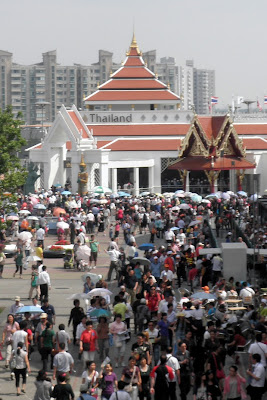 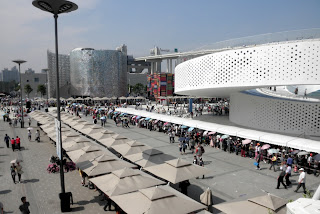 China's pavillion is behind us ... we did not attempt to venture in due to the crowds. 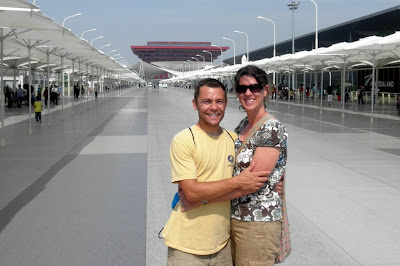 New Zealands pavillion was very good ... they had thoughtfully set it up to accomodate the thousands of people who would go through it each day by creating a one-way path that led up and through the pavillion showcasing aspects of their country through videos sounds and large photos displays.  On the rooftop, they had continued with the one-way path through garden spaces set up to represent the different geography of the country - complete with a small gyser hot pool! 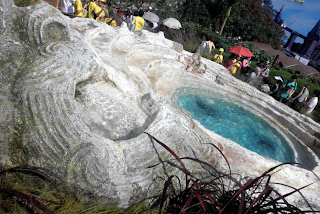 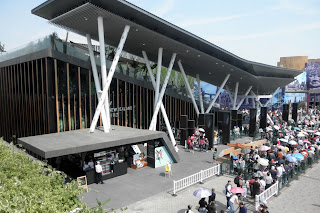 For regions made up of smaller countries, they shared one large pavillion together ... we were pretty excited to see the Pacific region since we'd lived in Tonga & Palau. 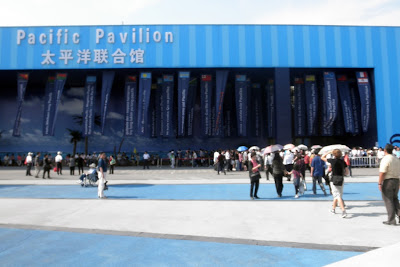 We enjoyed the Tongan display and greeted the Tongan volunteers in their native tongue and chatted about their home with them.  I was happy to see some of their beautiful hand-pounded and painted tapa mats. 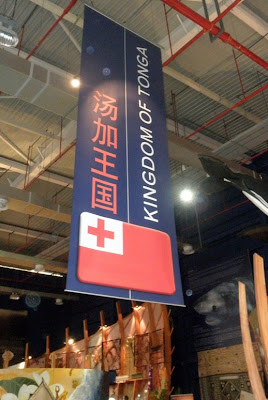 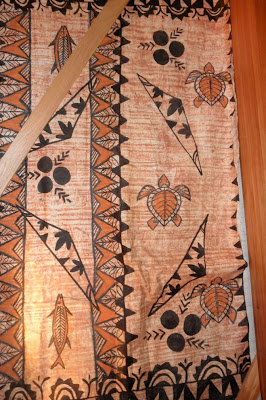 It was so great to see the necessary implements for a Betel Nut kit in the Palauan pavillion ... and one of the volunteers even had family on Angaur (of course!). 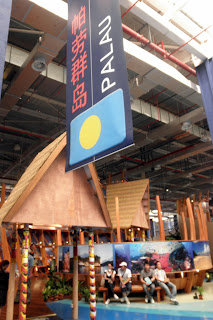 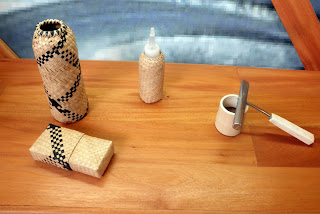 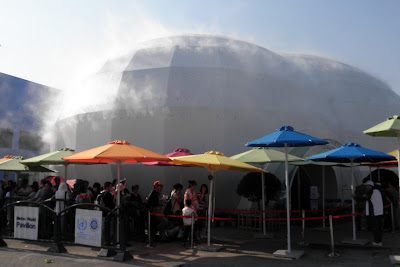 After a day of being continually shoved, pushed and cut in front of, we were feeling a bit disenchanted with the Chinese population....but, we were given a treat of these two things as we walked home from the subway.
It is only plastic between the motorcycle and the scooter. 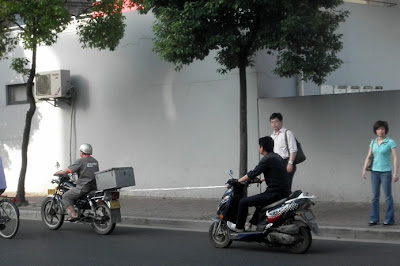 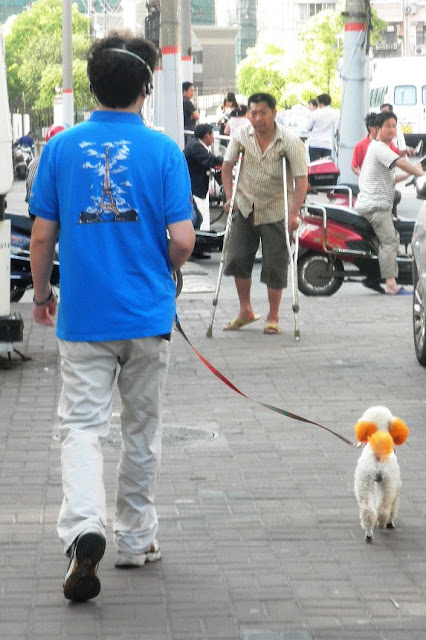